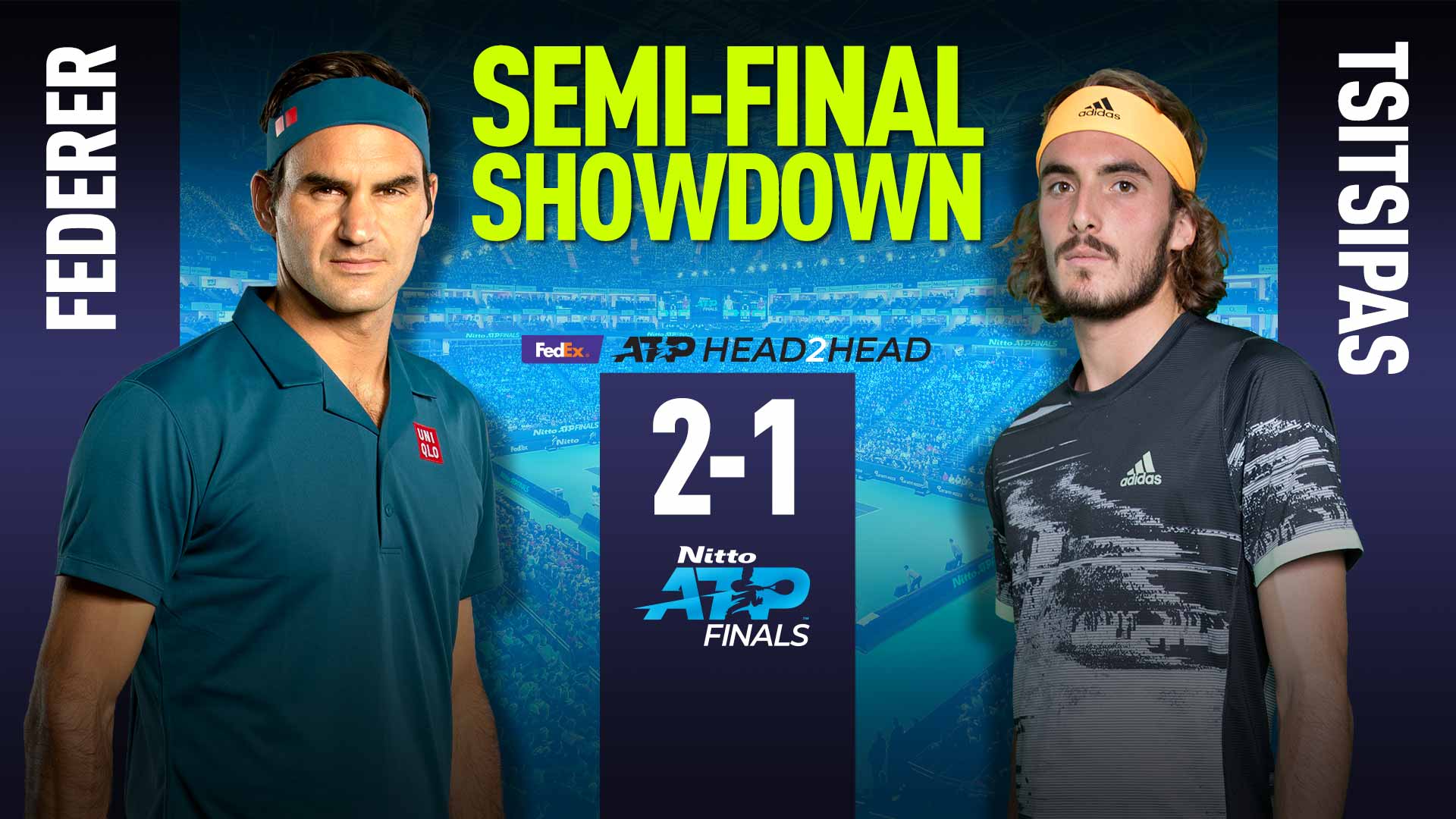 Roger Federer and Stefanos Tsitsipas will play for the fourth time — with all of those matches coming this year — on Saturday. © ATP Tour

Roger Federer won a highly anticipated blockbuster clash against Novak Djokovic on Thursday evening at the Nitto ATP Finals, defeating the five-time champion in straight sets with a London semi-final spot on the line. But the Swiss’ job is far from done.

If the Swiss star dreams of extending his record number of trophies at the season finale to seven, he will have to get past sixth seed Stefanos Tsitsipas in the last four.

Federer does carry momentum, though, after a splendid performance against Djokovic in which he won 78 per cent of his service points and was not broken. After that win, a reporter asked the 38-year-old Federer if he feels as young as he looks on the court.

“I feel good. I feel young,” Federer said, cracking a smile. “But I think it's the haircut.”

Federer knows he faces a dangerous opponent in Tsitsipas, who beat him at this year’s Australian Open in four sets. The 103-time tour-level titlist has since taken a 2-1 lead in their FedEx ATP Head2Head series with 6-4, 6-4 victories in both Dubai and Basel.

“I’m happy to stick around,” Federer said. “Hopefully [I can] go a step further than I did last year. I played a good match against Zverev last year, but he was unreal last year, so that was tough.”

Alexander Zverev won that match 7-5, 7-6(5) in his first Nitto ATP Finals semi-final, and the German went on to lift the trophy. Tsitsipas, making his debut in the year-end championships, will hope to follow in the defending champion’s footsteps.

“My body feels well currently. I don't feel pain anywhere. I feel fresh, honestly,” said Tsitsipas after losing a two-hour, 52-minute battle against World No. 1 Rafael Nadal on Friday. “After having a long, difficult match like this, I feel like I can go out and play tomorrow the same way. So I don't have any problem with that.”

Tsitsipas will be confident after getting off to a 2-0 start at this event in his first appearance at The O2. The Greek did not lose a set against either Zverev or Daniil Medvedev.

It will be interesting to see how Tsitsipas adapts his court positioning compared to how he played against Nadal, who took more balls inside the baseline than the Greek. Federer is well-known for taking time away from his opponents by making contact inside the baseline often.

In Melbourne, Tsitsipas saved 12 of the 12 break points he faced against Federer. In their two more recent matches, the 21-year-old was able to stave off just six of the Swiss’ 10 opportunities. That could prove key with a spot in the championship match of the Nitto ATP Finals on the line.

Did You Know?
All four semi-finalists went through round-robin play with a 2-1 record. The last time none of the semi-finalists had a 3-0 round-robin record was in 2009, the first year the Nitto ATP Finals was held at The O2 in London.