Paul Annacone: Federer Raises The Bar On All Levels 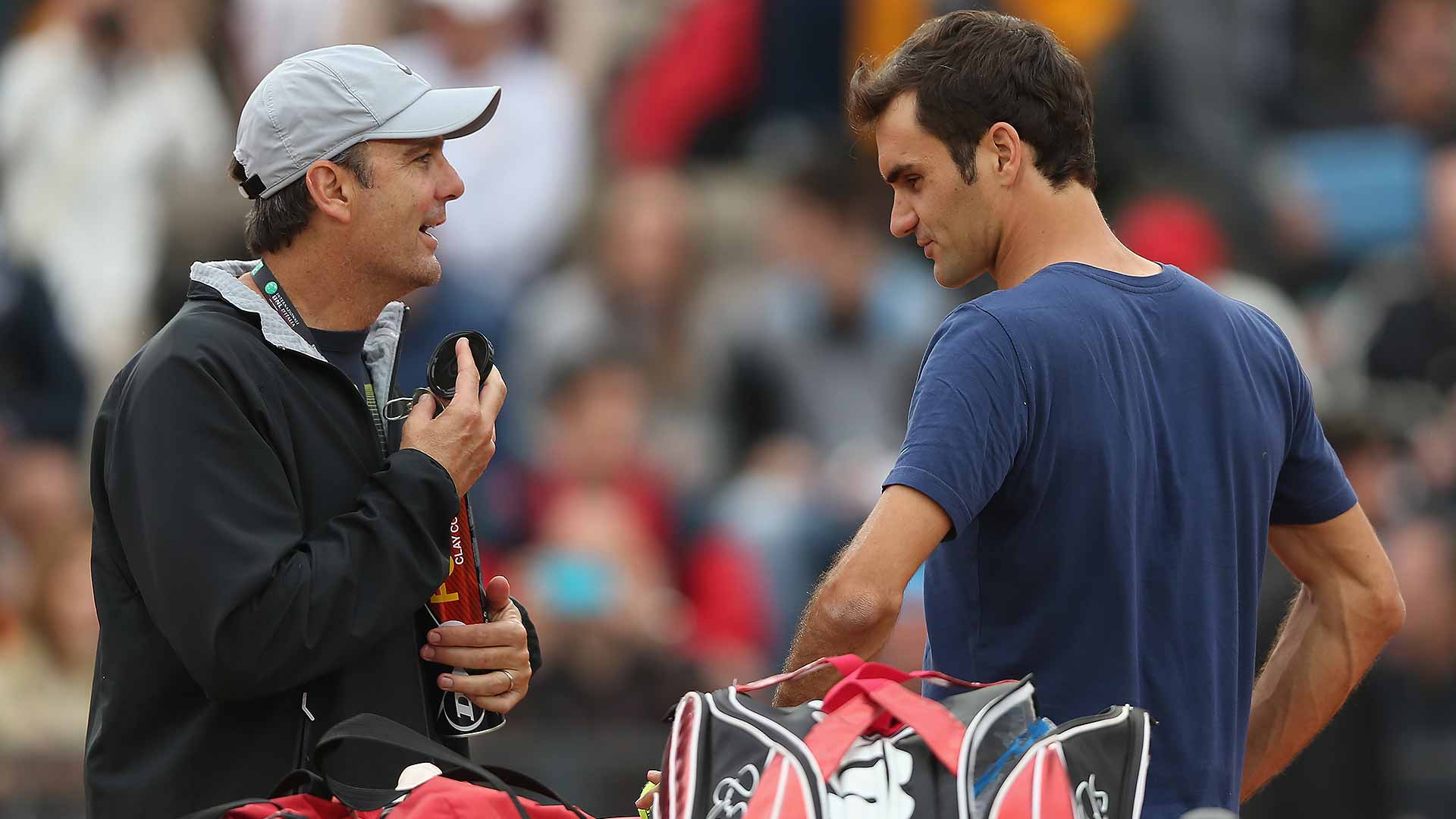 Roger Federer’s former coach Paul Annacone gives an insight into the mentality and emotional make-up of the Swiss, who has qualified for the Nitto ATP Finals for an unprecedented 15th time for a singles player. Federer is seeking a seventh title at the season finale, which would extend his own record.

Legends can be defined by combining a couple of metrics – the level of their play, and how long they sustain that for. Roger has raised the bar for both: he has played at a higher level than anyone else, and he has kept it up for longer.

When I was coaching Pete Sampras, I vividly remember watching courtside when Roger defeated Pete at Wimbledon in 2001, in a fourth-round match that would be their only meeting. Something became clear to me that day; an immense talent was entering the men’s game.

And here we are 16 years later. Watching Roger in 2017, there is no longer a question about his longevity. In a remarkable year, Roger has captured a couple of Grand Slams at the Australian Open and Wimbledon – his first majors since 2012 – while he was also the champion at three ATP World Tour Masters 1000 tournaments in Indian Wells, Miami and Shanghai and he also won the Halle and Basel titles.

I’ve always said you question the ability of great athletes at your own peril. They are different. They are the exception, not the rule. No standard rules can be applied to Roger. He keeps breaking them, raising standards and expectations, and leaving us all wondering what more he can possibly accomplish.

At the heart of Federer’s skills is his ability to embrace and accept his environment with an indefatigable joy for tennis and also for life in general. One of the biggest challenges for any athlete is to gain and maintain a balanced perspective. This ability is a significant factor in an athlete’s quest for longevity, in his never-ending pursuit of excellence. Perspective is a key ingredient in what helps an athlete to compete day in and day out and to do it in a way where the scar tissue from losses is kept to a minimum, while wins and achievements create an endless pool of self-belief.

Roger is a master at this. He accepts the outcome of his matches and does not let his defeats have any ill effect on what may happen next. He does not allow his losses to get in his head and create doubt in his ability – as so often happens with other players. In my analysis, he has the quintessential champion’s mentality that allows for both defeat and triumph but doesn’t drain the energy, focus or desire necessary to sustain excellence.

Playing indoors here at The O2, Roger can use all his power, variety and touch without Mother Nature intruding on his game, and there is likely to be more debate this week about his level and whether he is better now than ever before. Can an athlete possibly improve in his mid 30s? Historically, tennis has not been a sport that has seen its athletes doing that. Times are changing, though, and players are taking a bit longer to hit their prime due to the physicality of the competition, while advances in sports science are also allowing them to stay at their peak for longer.

But having this much success in the year you turn 36? Really? Records are meant to be broken, environments change and legends show us one thing for sure; it is impossible to rely on an entrenched state of mind about the game.

So how has Roger accomplished so much this season? No one – probably not even Roger – is quite sure. However, when I look at the evolution of the sport, I think a seasoned champion such as Roger is forever adding to his tennis intelligence, and as that IQ gets higher it allows him to adjust his game and to win more efficiently. While mere mortals plod along, and cling to the status quo, Roger’s cumulative court experience affords him opportunities to adjust his strategy.

And, as athletes evolve, so do information, training and sports science. If we follow that logic, Roger is a better player now at 36 than he was during his most dominant period: that three-year stretch from 2004-06.

A number of ingredients go into how and if a player will reach his potential. As far as I can make out, they are:

While a player can improve in all three of these areas, there are some physical gifts that cannot be learned (Roger did pretty well when talent was handed out). Where head and heart are concerned, however, these are traits that can grow and build through years of development. While Roger’s talent is off the charts, he has learned to manage and understand that talent and mastered how best to use it. He then used his talent with his head and heart to complete a lethal winning combination, and that has only become more effective as he has matured. His maturity and growth were influenced by a terrific upbringing from his parents, Robbie and Lynette, and a strong work ethic with countless hours of practice. Sprinkled into the mix is Roger’s natural curiosity about the game.

In my book, Coaching for Life, I write about another component of Roger’s that has been invaluable to his success and longevity – he’s a brilliant listener: “He allows himself the freedom to hear what is being said without personal judgment, without twisting it around in his mind... without getting smothered by the emotional conditions that detract from the learning process. Roger hones in on one thing – what he must do to succeed. His focus is therefore unvarying. He will not be distracted or discouraged in any way.” This ability to listen, understand, evaluate unemotionally, process and then put to use, is another ingredient that separates the very good from the legendary.

In 2017, we have had the privilege of watching two of the most accomplished male tennis players in history – Roger and Rafael Nadal – going toe-to-toe with Father Time and coming out ahead. Who could have predicted this? But I circle back to my warning that questioning great athletes is a dangerous game. All season, I’ve been watching in awe as those great champions have shown us more magic, grit and passion as they rewrite the record books. I hope you’ve been enjoying it as much as I have.