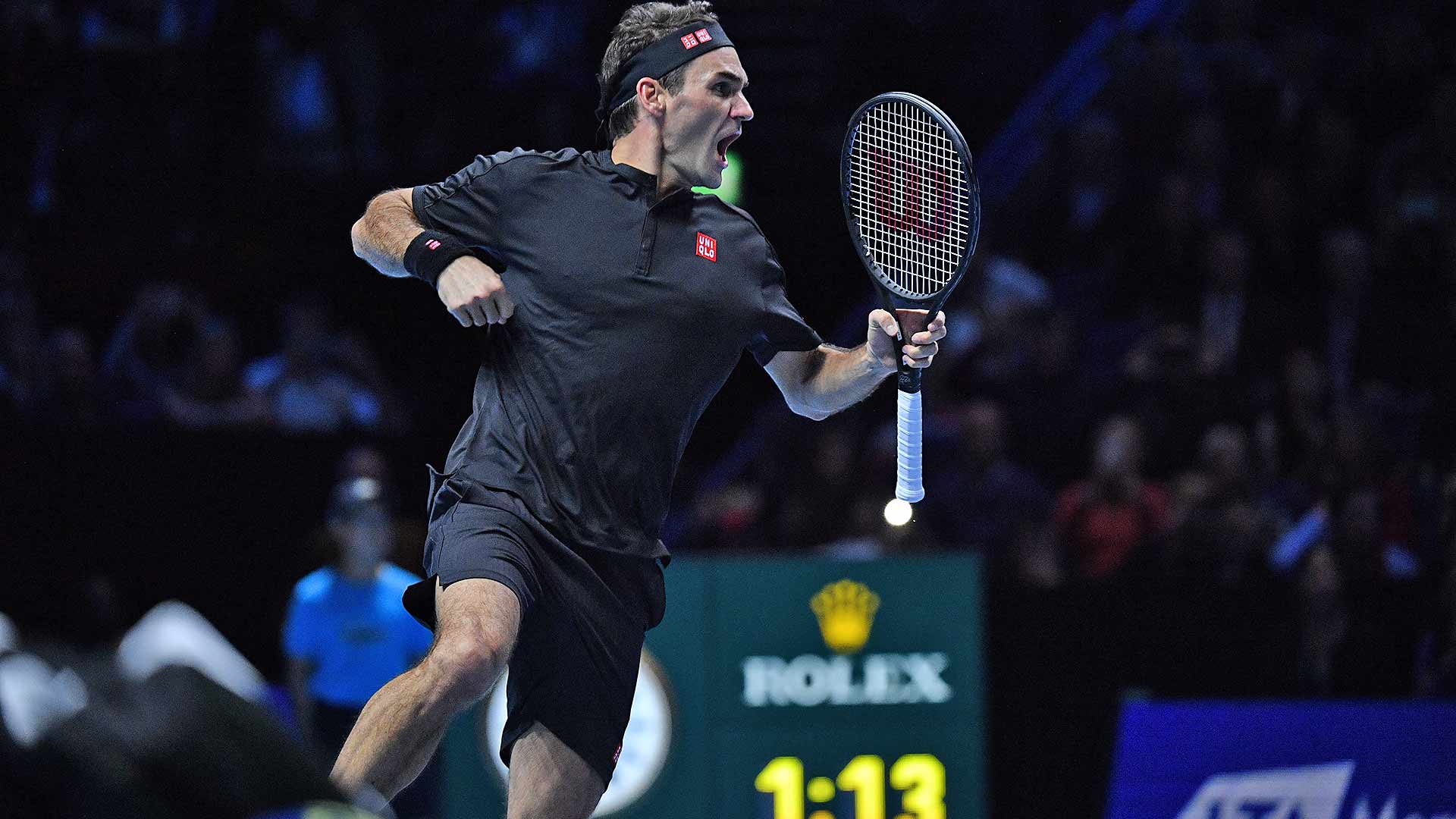 Roger Federer can probably play better, but it's hard to imagine how.

The 38-year-old Swiss beat Novak Djokovic for the first time in four years – and six FedEx ATP Head2Head meetings – on Thursday night, dazzling a capacity crowd at The O2 with a 6-4, 6-3 win against the World No. 2.

“Great atmosphere, a great opponent here in London at The O2, definitely incredibly special. Just a night I enjoyed from the beginning. I played incredible, and I knew I had to because that’s what Novak does and I was able to produce. So it was definitely magical,” Federer said.

The third-seeded Federer, making his 17th appearance, reached his 16th semi-final at the season-ending Nitto ATP Finals and ended Djokovic's season, along with his hopes of finishing year-end No. 1 in the ATP Rankings for a record-tying sixth time.

Djokovic needed to win the title to have a chance at knocking Rafael Nadal off the top spot, but now Nadal is guaranteed his fifth year-end No. 1 finish, evening him with Federer, Djokovic and American Jimmy Connors.

Federer finished second in Group Bjorn Borg, behind Austrian Dominic Thiem, who beat both Federer and Djokovic earlier this week. The Swiss will face the Group Andre Agassi winner on Saturday.

No matter who he faces, though, if the six-time champion plays like he did on Thursday evening, he'll be hard – if not impossible – to beat. Federer hardly made a mistake against Djokovic, attacking the Serbian and serving flawlessly. He finished with 23 winners to only five unforced errors.

In the first set, Federer won 87 per cent (20/23) of his service points and made only one unforced error to start their 49th FedEx ATP Head2Head meeting. Djokovic had won their last meeting, saving two match points in the Wimbledon final, but the Serbian threw in a loose service game at 1-1. The World No. 2 donated two double faults to start, and on break point, 0/40, Federer walloped a sitting backhand.

“He was the better player in all aspects and absolutely deserved to win,” Djokovic said. “He served great, moved well, returned my serve very well... He did everything right.”

Djokovic, who led their head-to-head series 26-22, responded in the second set, saving two break points in the opening game to rip back momentum. The Serbian then saw his first break chance of the match in the fourth game, but couldn't convert and ran into more trouble on his serve at 2-2.

Djokovic, hearing chants of “Let's go, Roger, let's go!”, fell behind 15/40 and sailed a forehand long to give Federer the second break of the match. The Swiss, who lost the Wimbledon match points on his racquet, broke once more to close the match out.

“There was a lot riding on the match. I think I served great, had great anticipation, a clear game plan and it worked to perfection tonight, and hopefully not the last time against Novak,” Federer said. “But even if it didn’t, it was all worth it. It was a great performance tonight from me.”

SWEET REDEMPTION FOR ROGER!@rogerfederer has defeated Novak Djokovic and has made the #NittoATPFinals semis!