Roger That: Federer Books His Spot In The Semis 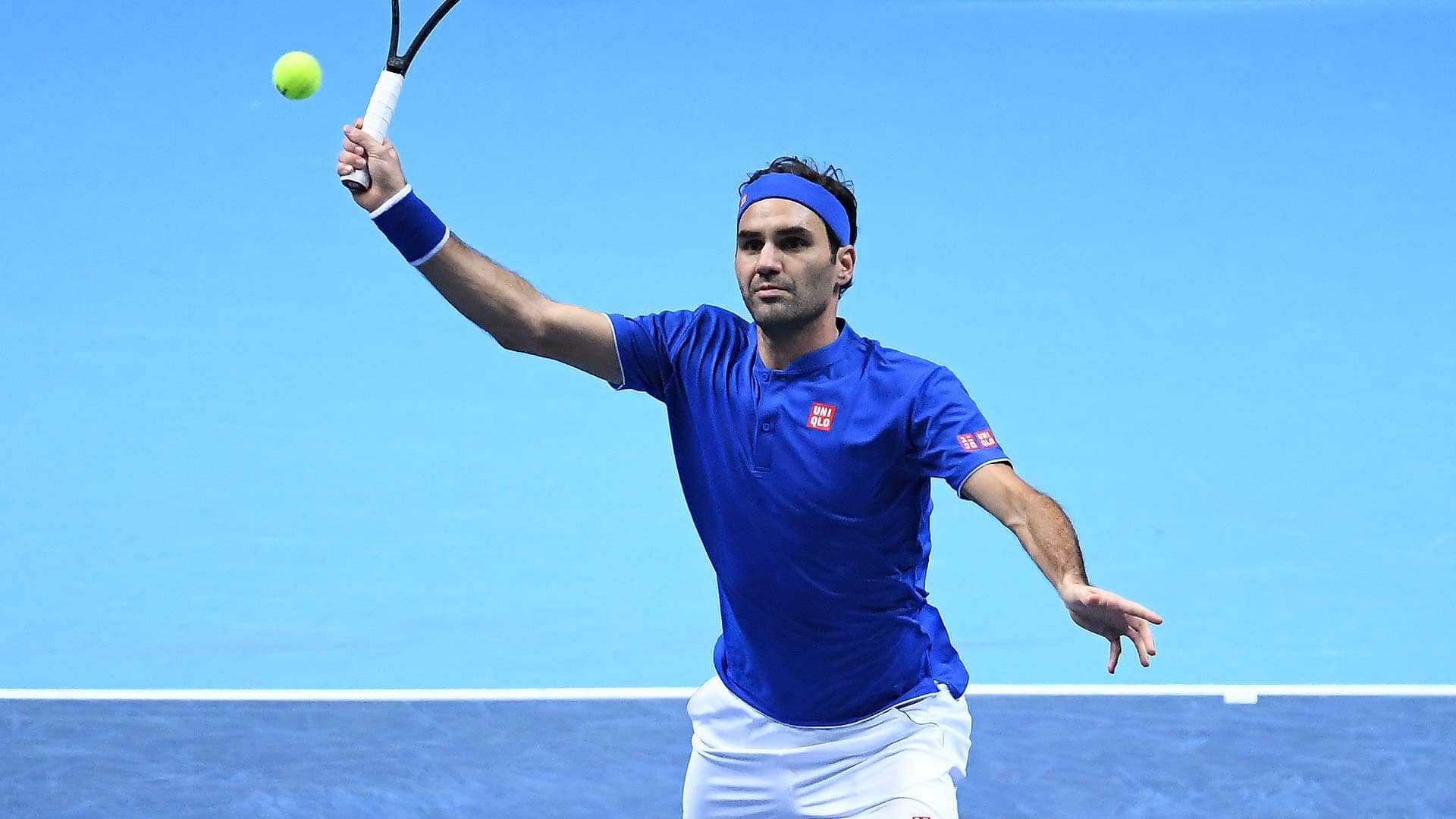 Roger Federer walked onto Centre Court at The O2 on Thursday knowing he needed a strong performance if he wanted to advance to the semi-finals at the Nitto ATP Finals for the 15th time.

And Federer responded in a big way, defeating fourth seed Kevin Anderson 6-4, 6-3 to not only guarantee that he would move on to the last four in London, but that he would win Group Lleyton Hewitt with a 2-1 record.

The week might not have started off well for the 37-year-old Swiss, who shockingly fell in his opening match against Kei Nishikori in straight sets, the first time he has fallen in two sets at the event in round-robin play. But Federer bounced back to beat Dominic Thiem and now Anderson without dropping a set.

"We’re used to you lose, you leave and you don’t hang around. So from that standpoint, I think it was more straightforward for me today," Federer said on court after his win. "I’ve always wanted to go out with a bang today and win the match. If I go through, great, if I don’t well I don’t deserve to be through and that’s okay, too. I’m happy I’m still alive."

Federer came out focused early against Anderson, who was 2-0 in his Nitto ATP Finals debut, breaking first. But the second seed played a sloppy service game and struggled to pinpoint his serve like usual to give that break back.

From there, though, Federer locked down his game, and did well to win 68 per cent of second-serve return points against the big-serving Anderson to triumph in 77 minutes. The 99-time tour-level champion did everything in his power to keep Anderson from getting in a rhythm, hitting dagger-like backhand slices short in the court to elicit mishits from his opponent, and to bring Anderson into the net without the 6'8" right-hander necessarily wanting to journey into the forecourt.

"Unfortunately I had a rocky service game myself after that [first service break. I didn't let that frustrate me or disappoint me. I kept on plugging away, kept on trying," Federer said. "I think my attitude was good today. I think I had an aggressive playing mindset, a good variation as well with my slice. I think it was just a good match from my side."

With Thiem’s victory over Nishikori in straight sets earlier in the day, Anderson was already guaranteed to become the first South African to move into the semi-finals at the season finale since the tournament began in 1970. So Federer will face the second-placed competitor in Group Guga Kuerten, while Anderson will clash against that group’s winner.

"I’m very happy. First match was tough against Kei, never got going. And with the back against the wall, maybe it’s easier for me to play, I’m not sure. But I fought hard," Federer said. "In the end, I played some good tennis today and I’m very happy. Kevin’s had a wonderful year, and so have the other two guys. It’s been a fun group, with many different kinds of players in the group. I’m thrilled. Thanks for the support, of course, and I’m excited to be in the semis."

The win is even sweeter for the Swiss, as Anderson came from two sets and a match point down against Federer in this year’s Wimbledon quarter-finals to earn perhaps the biggest win of his career en route to the final at SW19. Federer now leads Anderson 5-1 in their FedEx ATP Head2Head series.

Did You Know?
Federer broke Anderson four times in the match. The South African had not faced a break point in his first two matches at the season finale.