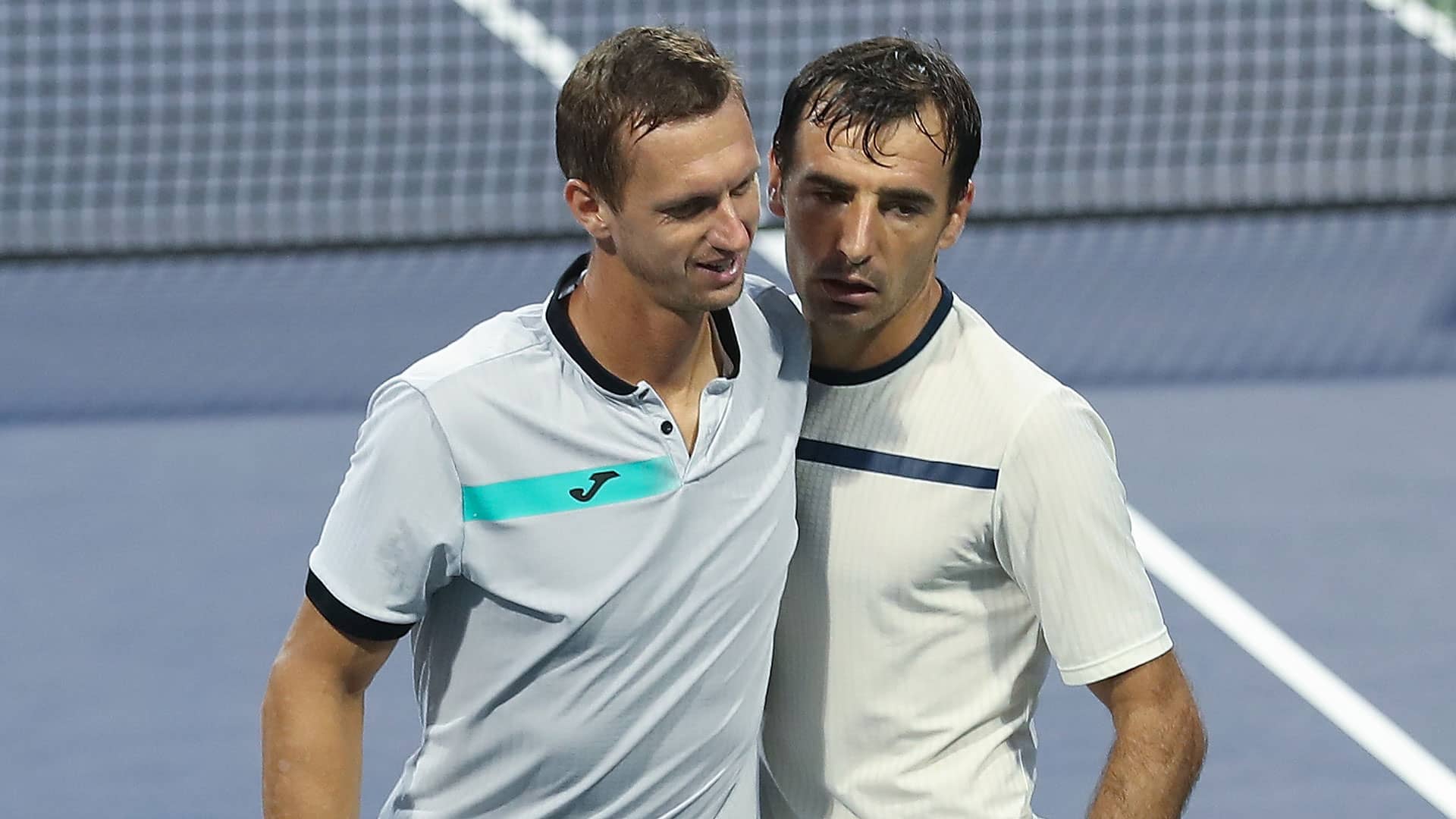 Don’t call this an astounding comeback. Don’t call this a comeback at all. Filip Polasek considers this an entirely new career, after a break of more than five years between his first and second tennis lives. “The only thing that’s the same is my name,” Polasek has said.

A year and a half ago, the Slovakian didn’t even have an ATP Doubles Ranking - having retired in 2013 at the age of 28 because he physically couldn’t continue - and the Nitto ATP Finals wasn’t even in his thoughts. “I had a nerve issue in my back, and I had loose discs in my spine. My leg would jump after matches. I’d get to the locker room and I simply couldn’t control the nerves in my left leg,” Polasek, now 34 years old, has disclosed. “If I didn’t physically hold it still with my hands, it would jump sometimes for as long as 15 minutes. To say it was bad is an understatement. I knew my career was over. But even without playing tennis, the pain wasn’t going away.”

Last year, though, he felt as though his body would let him play professionally again, and he thought he would give tennis another try. This season, Polasek has touched new heights on the doubles court. At their very first tournament together, which was as recently as June this year, Ivan Dodig and Polasek reached the final of the ATP Tour event in Antalya, and their second event together was Wimbledon, where they made the semi-finals. A “dream came true” at just their fourth tournament as a pair when they won the ATP Masters 1000 title in Cincinnati in August. They added a second title in Beijing in October.

In Polasek’s view, he has achieved the “impossible” this season. “A lot of people thought it would be impossible to come back to this level after my injuries and being away from competing for so long, but I love doing impossible things. What’s even crazier is that my game is completely different. I have a different body and a different body weight. I play with different racquets and different string,” said Polasek, which is why he thinks the only thing that’s the same is his name.

In many ways, Polasek feels as though he is a superior player now than during his first career. “I lost the freedom that players have when you’re 23 and you think you’re the best in the world by far and you play without thinking. Now I’m thinking too much sometimes. But before I was playing too fast and now I see the game much clearer as I play and as I practise,” he said. “I’m still improving my technique and it’s helping me. I’m hitting much better from the baseline than I was before. I can see and feel the ball much better than before. But to me, this hasn’t been a comeback. It’s a new career. I’ve built myself up from scratch.”

This is the third of Dodig’s partnerships that have made it to The O2, as he qualified four times with Brazilian Marcelo Melo (they were the runners-up in 2014), and he also qualified once with Spaniard Marcel Granollers.