Djokovic vs. Zverev: By The Numbers 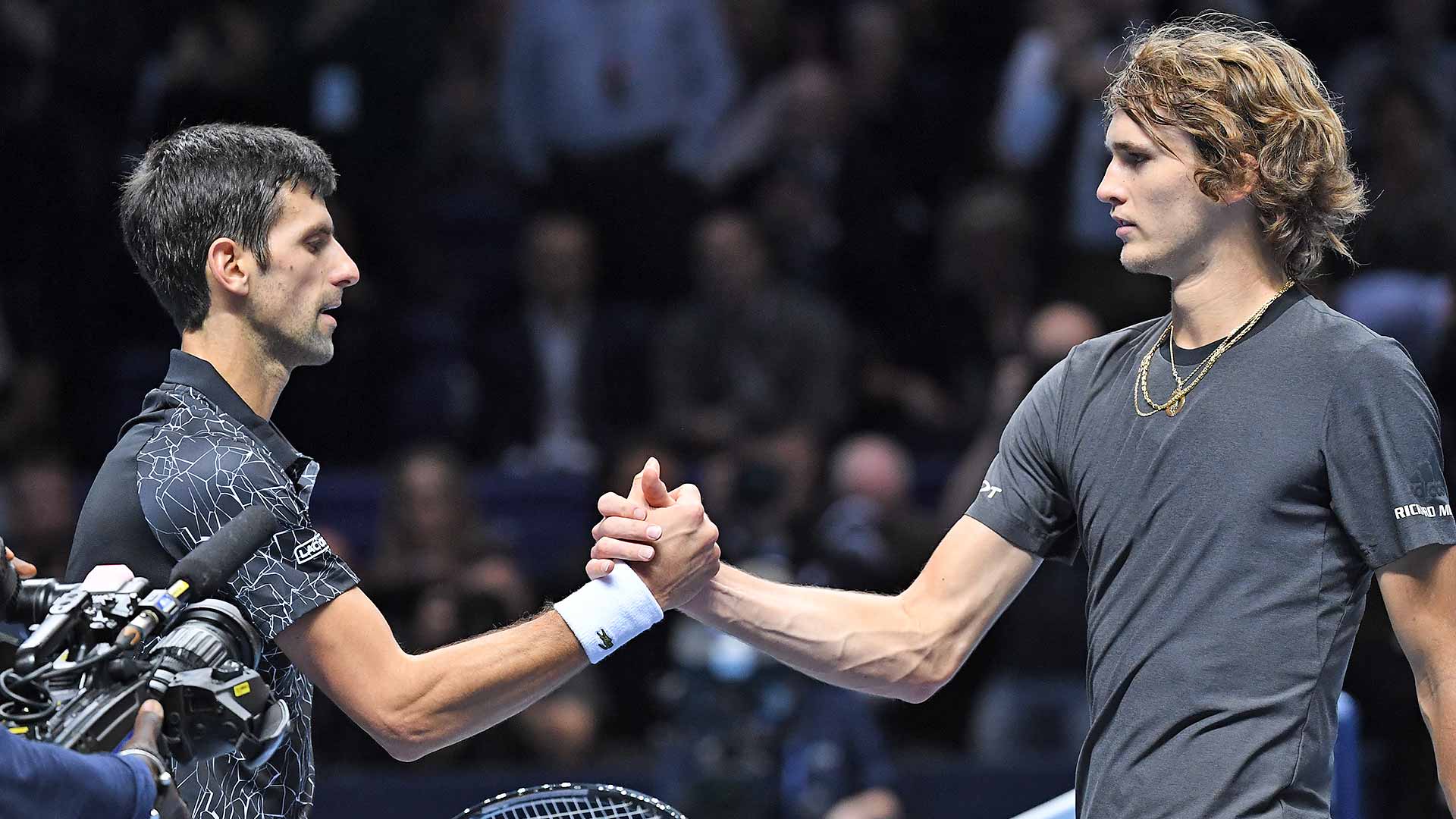 In the championship match of the 2018 Nitto ATP Finals, Novak Djokovic will attempt to become the first player to win the year-end finals without dropping a set since Ivan Lendl accomplished the feat in 1986. The player standing in the World No. 1's way is Alexander Zverev, a three-time ATP World Tour Masters 1000 winner, who is trying to lift the biggest trophy of his career.

The pair competed in Group Guga Kuerten play earlier this week, with Djokovic coming out on top 6-4, 6-1 in just 77 minutes, saving the two break points he faced en route to the victory. With that triumph, the top seed took a 2-1 lead in the pair's FedEx ATP Head2Head series, with both of those wins coming in the span of just more than a month. Djokovic beat Zverev 6-2, 6-1 at the Rolex Shanghai Masters in exactly one hour.

Djokovic has been even more dominant on serve at the Nitto ATP Finals this year, having no issues against a field made of only Top 10 players in the ATP Rankings. The highlight of his performance at The O2 has been that he has not been broken in 36 service games. In fact, he has only faced two break points in four matches against the best players in the world.

But Zverev has done especially well when he has earned opportunities on his opponents' serve. While the third seed has had 21 fewer break point opportunities in this event compared to Djokovic, he has done better with those chances, breaking at a 50 per cent clip.

And perhaps what is more impressive is that outside of his match against Djokovic, when he went 0 for 2, Zverev has converted five of his eight break chances. Those came in matches against three of the biggest servers in the world: Marin Cilic (2/5), John Isner (1/1) and Roger Federer (2/2).

As you'd expect from the World No. 1, Djokovic is inside the Top 30 of every major serving and returning category in 2018, according to Infosys ATP Scores & Stats. Including this week's effort, Djokovic has won 74.3 per cent of first-serve points this season. That's good for 22nd on the ATP World Tour, but he is performing even better at this week's Nitto ATP Finals against the best players in the world.

Djokovic's winning percentage of 84.2 per cent on first-serve points in his four matches would be the highest rate on the ATP World Tour if he kept it up all season long. Milos Raonic, who led the Tour this season, won 83.0 per cent of first-serve points.

But perhaps Zverev will be his serving kryptonite in the final. While the nine-time ATP World Tour champion did not break Djokovic in round-robin play, he has won 27.5 per cent of his return games in 2018, good for eighth in the world. He is also near the top of the standings in break points converted, winning 41.8 per cent of his break points.

Fast Facts
- Djokovic can tie Federer's record if he wins his sixth title at the season finale.
- Zverev is the youngest finalist at the Nitto ATP Finals since a 21-year-old Juan Martin del Potro fell in the 2009 title match against Nikolay Davydenko.
- Zverev is the first German to reach the final at this tournament since Boris Becker in 1996, and Becker was the last player from their country to triumph at the event in 1995.
- If Djokovic beats Zverev, he will own a 36-11 record at the Nitto ATP Finals. The only players with more wins at the event would be Roger Federer (57-14) and Ivan Lendl (39-10). Becker was 36-13 at the prestigious tournament.
- Since the start of Wimbledon, Djokovic has won 14 consecutive matches against opponents inside the Top 10 of the ATP Rankings. The World No. 1 has dropped just six sets over that span. Zverev has 18 wins against the Top 10 in his career (18-22).