Novak Djokovic: Eye On The Prize In London 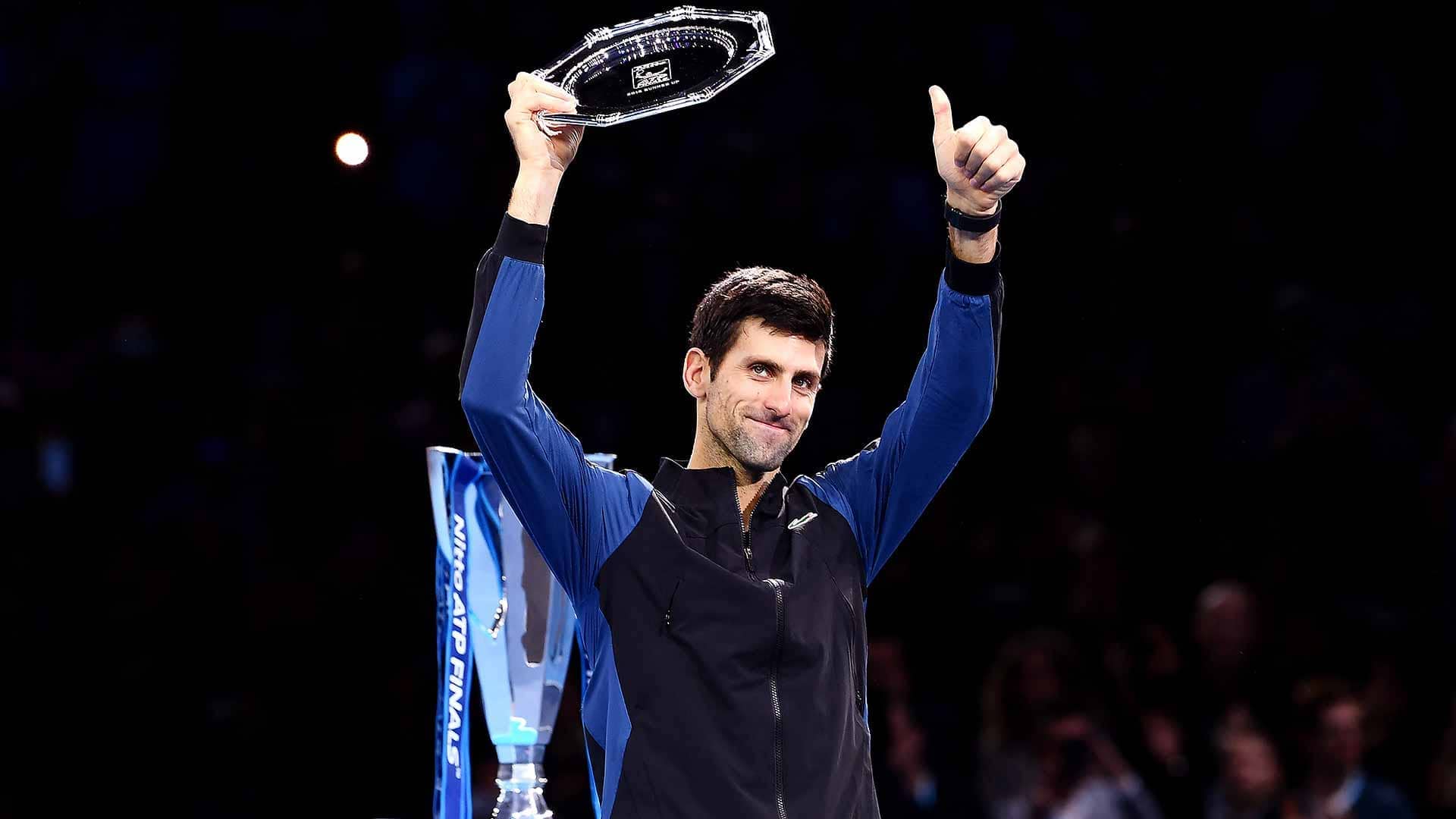 Above all Novak Djokovic’s other qualities as a tennis player, even above his flexibility and movement, is his remarkable resilience. Just four months ago in London, on Centre Court at Wimbledon, there was the greatest reminder yet of how you should never count out the Serbian with the indomitable fighting spirit.

Contesting an enthralling final against Roger Federer, he stood on the very brink of defeat, facing two championship points on his opponent’s serve at 7-8 in the fifth and deciding set. Forty-five minutes later, he became the 2019 All England Club gentlemen’s singles champion. That was not the first time that Djokovic had triumphed from such a precarious position. Two years running at the US Open, in the 2010 and 2011 semi-finals, he defeated Federer after facing two match points.

Yet there was still a sense of astonishment that he had escaped defeat in what would be the longest Wimbledon singles final in history, lasting four hours and 57 minutes.

Remember that it was only 17 months ago that Djokovic had seemingly lost all motivation, stating in the immediate aftermath of a shock Roland Garros quarter-final defeat by Marco Cecchinato, of Italy, that he was unsure whether he would compete at all during the grass-court season. In that moment, some observers understandably questioned the prospect of him ever adding to his tally of Grand Slam titles, which then stood at a dozen.

What a contrast, then, to his demeanour at the start of this season. After returning to form in the second half of last year – winning the ATP Masters 1000 event in Cincinnati to become the first man in history to complete the Career Golden Masters, and also landing the Wimbledon and US Open titles – he arrived in Melbourne in January as a man on a mission. He didn’t just want to win a record seventh Australian Open title; he also planned on doing so in style. And he did just that, defeating Lucas Pouille, of France, for the loss of only four games in a brutally one-sided semi-final, and then beating Nadal 6-3, 6-2, 6-3 in a little over two hours.

Whether it be rising from the doldrums last year or battling back from match points down, Djokovic has repeatedly shown his resilience. Naturally, there was disappointment at falling short of a second non-calendar year Grand Slam at Roland Garros in June, losing to Austrian Dominic Thiem in the semi-finals. But again, he quickly dusted himself off for an unforgettable triumph five weeks later at Wimbledon. 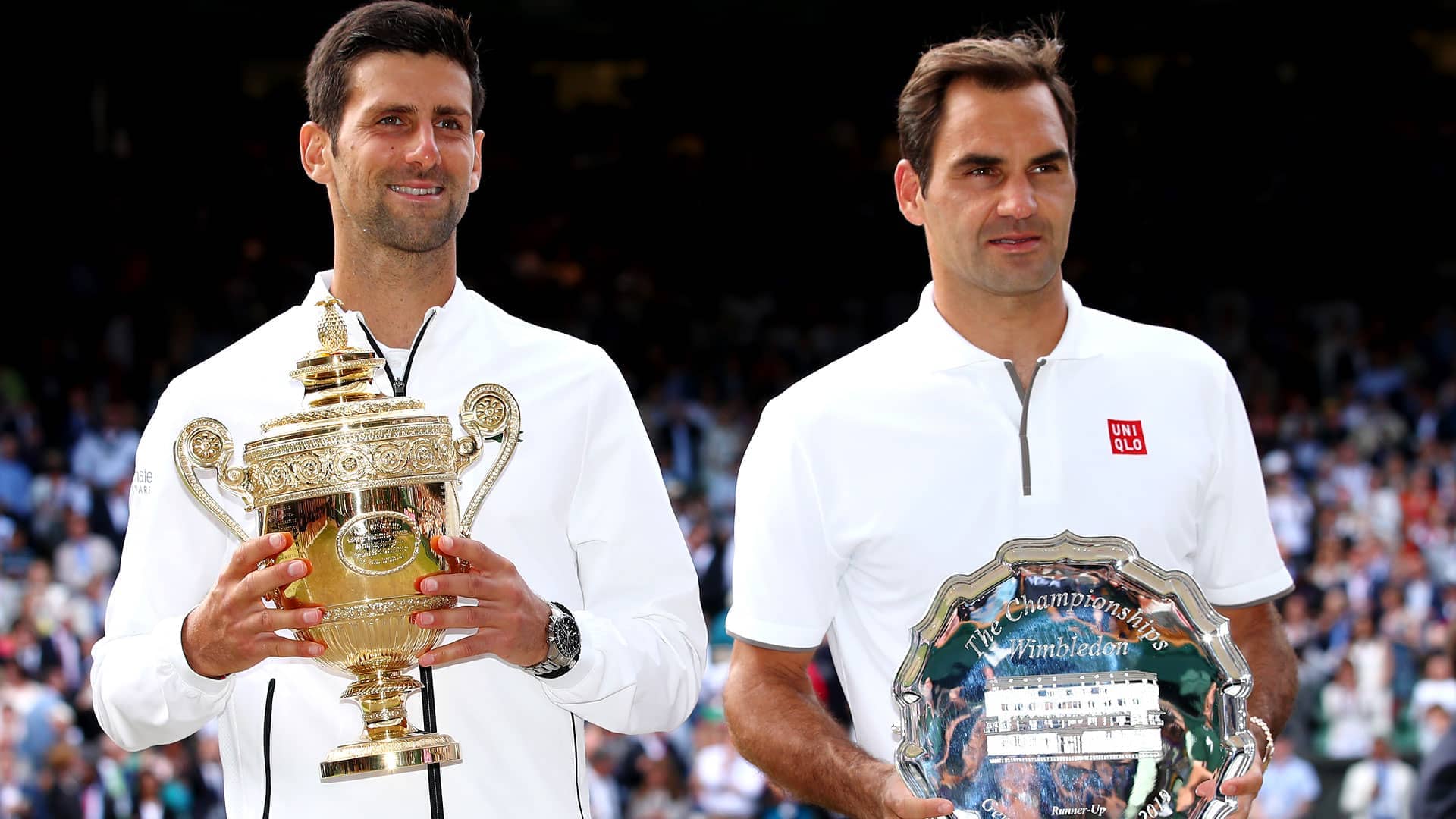 The cross-court forehand pass that Djokovic hit to save a second championship point against Federer will live long in the memory. The mental strength to do that and then prevail in the first ever deciding tie-break at 12-12 comes from hours of visualisation and meditation. “We spoke about the power of visualisation and preparing yourself for possible scenarios. I try to play the match in my mind before I go on the court. I probably could not play this kind of scenario, but I always try to imagine myself as a winner. I think there is a power to that,” said Djokovic.

“Also, there has to be, next to the willpower, strength that comes not just from your physical self, but from your mental and emotional self. For me, at least, it’s a constant battle within, more than what happens outside. It’s really not the situations that you experience that are affecting you, but how you internally experience those situations, how you accept them, how you live through them.”

Physically, Djokovic’s game is built around his movement, forged through skiing as a youngster at the mountain resort where his parents owned a pizzeria. At the age of 32, he still covers ground so well, putting up an impenetrable wall at the back of the court. He makes full use of his incredible flexibility by stretching every sinew and occasionally sliding into the splits to return the ball.

“My movement is the base of everything. It allows me to actually swing through my shots to get some balls that maybe most of the other players cannot get to. I slide a lot, whether it’s clay, hard court, or grass. I think the flexibility of my ankles has helped with that aggressive style of movement,” said Djokovic.

“I credit my childhood spent on the skis as well. I used to spend a lot of time skiing. I think that had an effect with coordination and the change of movement from one side to another. Even though they are different sports, you are using some major muscle groups and joints and stuff like this in most of the sports. So, I think movement is the most important thing because it just allows you to be more in balance. At the end of the day, that is what you’re looking for as a tennis player. How you can have the right balance to hit the ball with the right speed, accuracy and precision.”

At this stage in his career, the prospect of making history is the biggest motivational factor for Djokovic, and he still has much to play for, including the opportunity this week to equal Federer’s record of six titles at the Nitto ATP Finals. In late September, he passed Ivan Lendl’s total of 270 weeks at No. 1 in the ATP Rankings, moving into third place behind Federer (310) and Pete Sampras (286). On 16 Grand Slam singles titles, he is four short of Federer and three behind Nadal.

Tennis players used to retire in their early 30s, but the longevity of Federer and Nadal has encouraged Djokovic to continue competing at the highest level. There is most likely much more to come in his quest to become the greatest player of all time. “We’re making each other grow and evolve and still be in this game,” Djokovic said. “Those two guys are probably one of the biggest reasons I still compete at this level. The fact that they made history in this sport motivates me as well, inspires me to try to do what they have done, what they’ve achieved, and even more.”