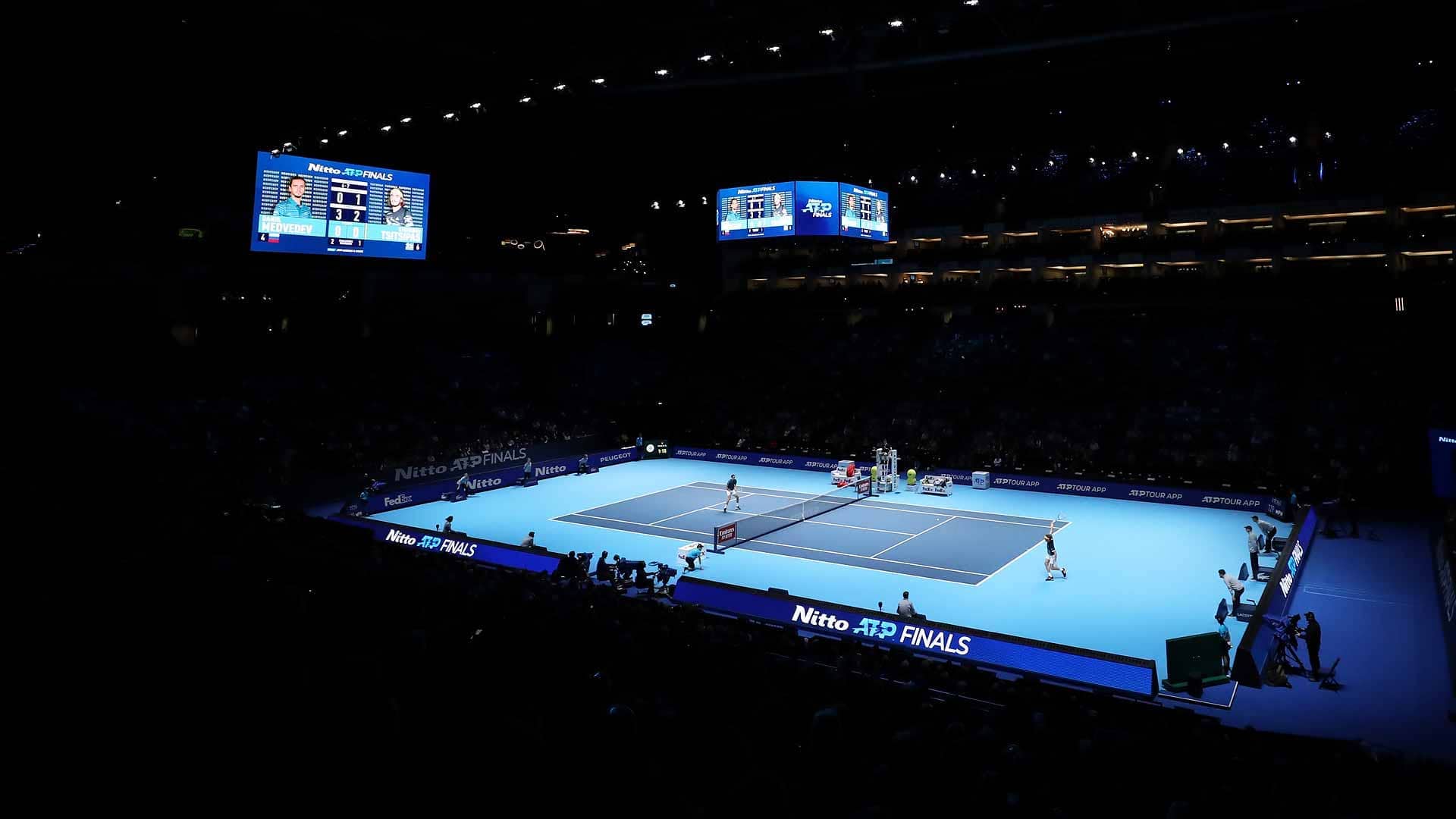 The Nitto ATP Finals will anchor the final six-week stretch of the 2020 ATP Tour season following the release of a revised provisional calendar today. The 50th anniversary edition of the ATP’s season-ending finale, featuring the best eight singles players and doubles teams will take place from the 15-22 November.

TICKETING POLICY
In line with existing UK Government guidance, the ATP currently plans to hold the 2020 Nitto ATP Finals behind closed doors due to the ongoing COVID-19 pandemic. Fans who have already purchased tickets or hospitality to the event through the tournament’s official partners will receive full refunds. AXS, the Official Ticketing Partner of the Nitto ATP Finals, and MATCH Hospitality, the official Corporate Hospitality Partner, will be in touch with all customers directly.

However, ATP remains hopeful that later this year fans will be allowed to return into stadia in a socially distanced manner, following a series of pilot events being undertaken in the UK. If this is confirmed ahead of the Nitto ATP Finals, the intention is to reopen ticket sales for the tournament, in which case more details will be announced in due course.

“The fans have played such an incredible part in the success of the Nitto ATP Finals over the years and there’s no question the capacity crowds will be deeply missed this year,” said Andrea Gaudenzi, ATP Chairman. “Working within the guidelines issued by the UK Government is paramount as we look to prioritise the health and safety of the fans and everybody involved in the tournament in our efforts to deliver the event in the safest way possible.”

PLAYER QUALIFICATIONS
While the finale will take on a new look this year, three familiar faces are already assured of their places at the season finale, with Novak Djokovic, Rafael Nadal and Dominic Thiem today announced as the first players to qualify. The players are guaranteed to be in the Top 8 of the FedEx ATP Rankings which, due to the impact of COVID-19, incorporate results since March 2019.

World No. 1 Djokovic built an unbeaten 18-0 start before the 2020 ATP Tour season was suspended due to the pandemic, winning his eighth Australian Open and leading Serbia to victory at the inaugural ATP Cup. The Serb has qualified for the season finale on 13 occasions, winning the trophy five times (2008, ’12, ’13, ’14, ’15). Djokovic will be bidding to match Roger Federer’s record haul of six season-ending titles.

Nadal, a finalist in London in 2010 and 2013, has qualified for the 16th consecutive year. The Spaniard owns a 13-3 record in 2020, highlighted by his title run at the Abierto Mexicano Telcel presentado por HSBC in Acapulco. He also led Team Spain to the ATP Cup final in Sydney.

Thiem will make his fifth straight appearance at the season finale. The Austrian achieved his best result at the event last year, when he reached the final, losing in a third-set tie-break to Stefanos Tsitsipas. Thiem has won nine of the 13 matches he has contested in 2020, highlighted by his run to the Australian Open final in January (l. to Djokovic).

Australian Open doubles champions Rajeev Ram and Joe Salisbury are the first doubles team to qualify. The US-British duo made its debut in London last year.

The Nitto ATP Finals has been held in London since 2009 and has successfully established itself as one of the major annual sporting events worldwide. The tournament is broadcast in more than 180 territories with global viewership reaching an average of 95 million each year. The event will be held in Turin, Italy, from 2021-2025.