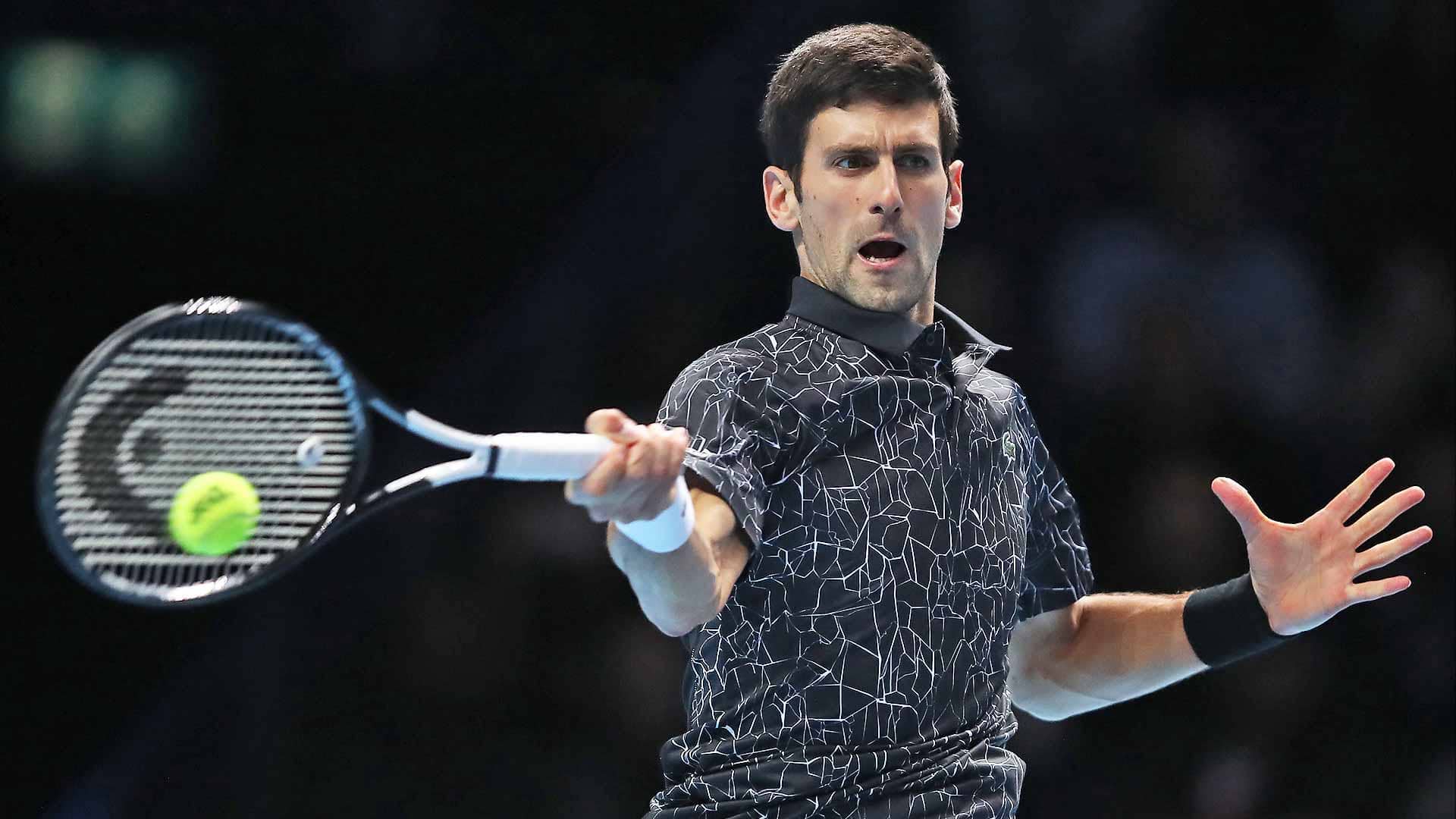 Novak Djokovic reached the championship match at the Nitto ATP Finals on Saturday for his sixth straight appearance, beating Kevin Anderson 6-2, 6-2 to advance to the final at the season finale for the seventh time. It is Djokovic's first run to the title match at the prestigious year-end championships without dropping a set.

Djokovic is now 35-2 since the start of Wimbledon, a stretch during which he has won four titles and returned to the No. 1 spot in the ATP Rankings for the first time since the week of 31 October 2016. He will have a chance to cap it all off in the best way possible when he faces Alexander Zverev for the championship.

The Serbian pressured Anderson from the first game of the match, scrambling around the baseline to neutralise what might have been winning shots from the South African against a majority of players on the ATP World Tour. Djokovic broke when Anderson went for too much on a forehand down the line — perhaps pressured by the Serbian's defence — and launched his stroke long. The World No. 1 broke for a second time when Anderson missed another forehand, and Djokovic did not face break point in the 39-minute opener.

If Anderson had any hopes of battling to a decider, they slimmed out significantly when he was broken to start the second set. And then Djokovic later broke for a fourth time in the match with a cross-court forehand from deep behind the baseline, letting out a primal roar as he sensed how close he was to the final.

Anderson had done well all season to step into the baseline and dominate rallies after delivering his big serve. But Djokovic was able to neutralise that serve and push the World No. 6 behind the baseline and force him to either go for too much from a difficult position or let the Serbian control play. 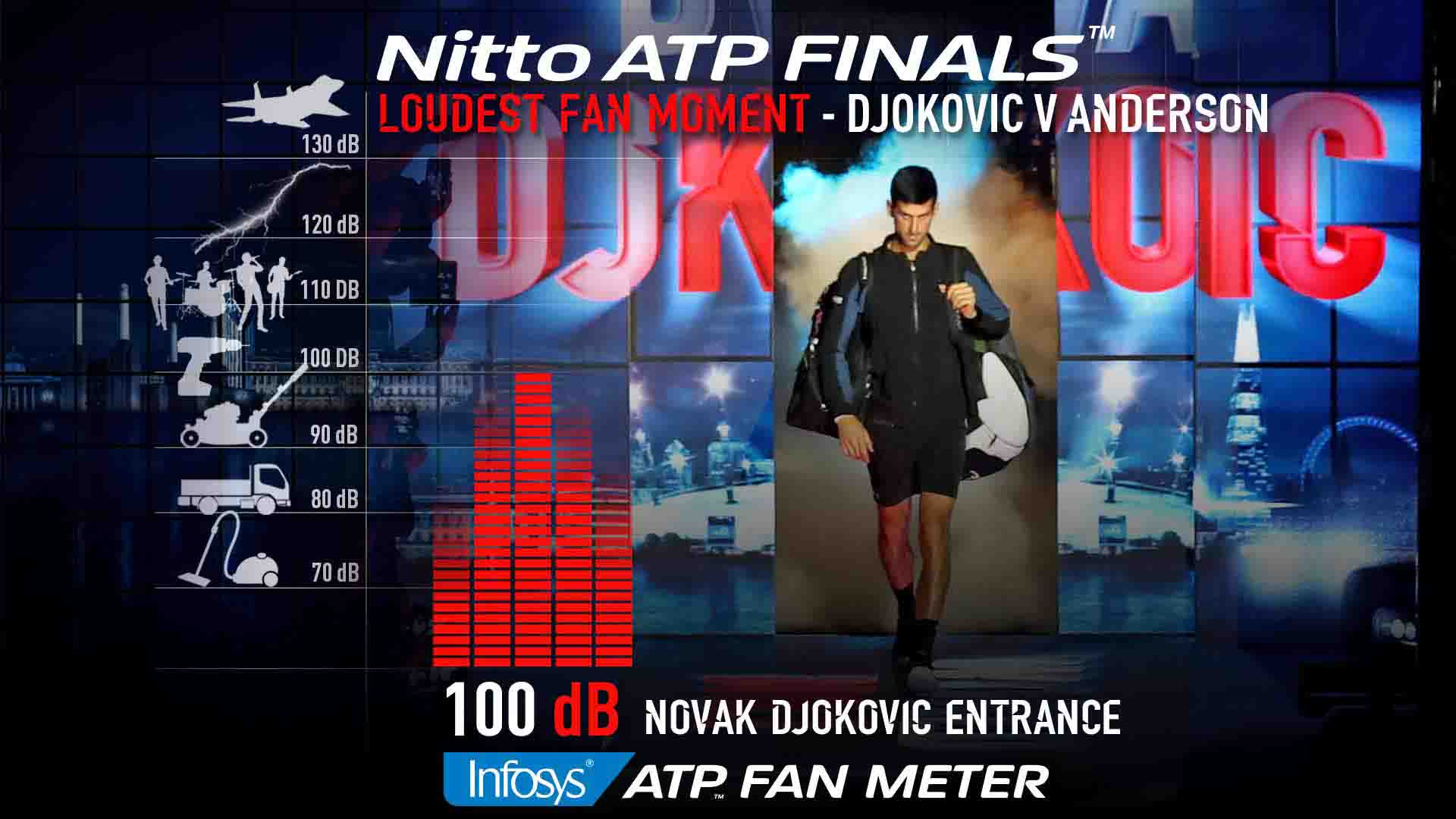 Djokovic has won all eight sets he has played at The O2 this year, with only one of those sets going past 6-4. The 72-time tour-level champion has advanced to the final without losing a match on four previous occasions, winning the title three times. Earlier this week, Djokovic defeated Zverev 6-4, 6-1 in just one hour and 17 minutes, and he leads the German 2-1 in their FedEx ATP Head2Head series.

The Serbian will try to move to 15-0 against players inside the Top 10 in the ATP Rankings since the start of Wimbledon. Djokovic has only lost six sets in those matches.

Anderson won the pair’s first FedEx ATP Head2Head meeting a decade ago in Miami. But Djokovic now leads their series 8-1, and has won 19 of their past 21 sets. This was a rematch of this year's Wimbledon final, where Djokovic triumphed in straight sets to claim his 13th of what is now 14 Grand Slam titles.

While fourth-seeded Anderson lost to the World No. 1, he became the first African to advance to the last four at the season finale (since 1970). This was the 32-year-old’s first appearance at the Nitto ATP Finals.

Did You Know?
Anderson and Djokovic played doubles together at the Rogers Cup, reaching the quarter-finals before falling against Nitto ATP Finals qualifiers Nikola Mektic and Alexander Peya.