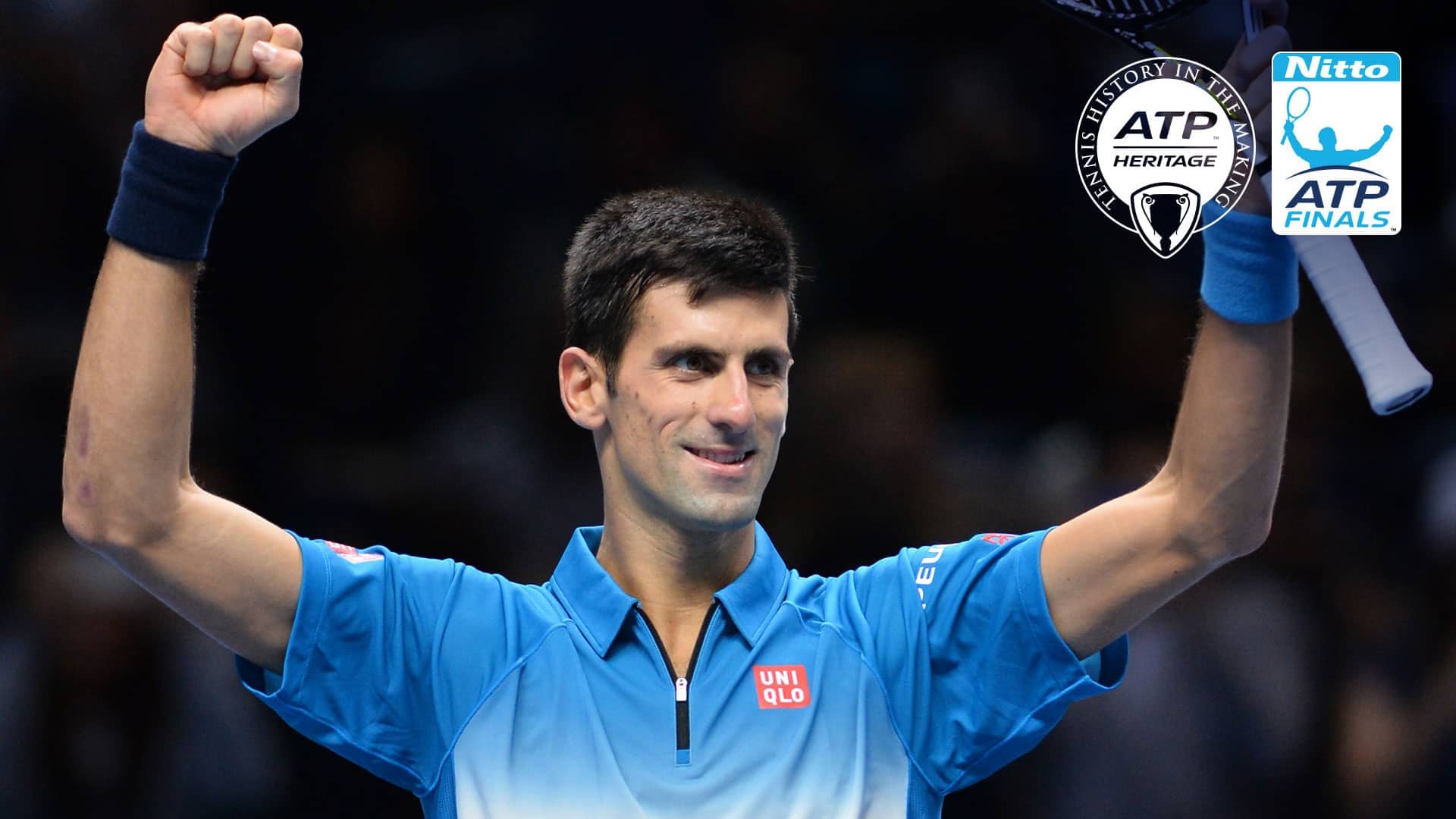 It will go down as one of the greatest campaigns in ATP World Tour history. Only five players have finished a season with a win percentage of .930 or better. Novak Djokovic is one of them.

When the Serbian entered The O2 for the 2015 Nitto ATP Finals, he was unbeatable. By now, Djokovic at his ruthless, impervious peak has become a familiar sight. An elastic wall from the back of the court, he continuously defies the laws of physics and leaves his opponents searching for answers.

In 2015, Djokovic was at the peak of his powers. Playing arguably the best tennis of his career, he employed a dogged defence combined with a fearless aggression. We are seeing a similar brand of tennis in 2018, but three years ago it was on an entirely different level.

“It's been an incredible season," Djokovic said. "I've played all finals except one. Obviously, sitting here with this trophy alongside me, I couldn't ask for a better finish to the season. The last four years I managed to win this tournament, where the best players in the world are playing. For some reason or another, I've been playing some of my best tennis after the US Open, in Asia and also indoors, both Paris and London."

As Djokovic stepped onto the court to open his quest for a record fourth consecutive title at the season finale, he had already etched his name in the history books. A total of 10 titles, including a record six at the ATP World Tour Masters 1000 level, was coupled with major victories at the Australian Open, Wimbledon and US Open. A final defeat to Stan Wawrinka at Roland Garros was all that separated the Serbian from the calendar Grand Slam.

His opponents - even his fellow stars - had little belief that they could dent his defensive armour, as evidenced by win streaks of 23 and 28 straight and a 27-4 record against the Top 10. He had lost just five matches all year - twice to Roger Federer and once each to Stan Wawrinka, Andy Murray and Ivo Karlovic.

As the groups were drawn at The O2, a blockbuster round robin affair between Djokovic and Federer loomed large. In the Serbian's opener, Kei Nishikori was swept off the court 6-1, 6-1 without earning a break point. But in Djokovic's second match, Federer made his rival seem pedestrian, as he lost just 15 points on serve and benefitted from 22 unforced errors.

Had the tide shifted in Federer's favour? Could he score yet another win when the pair met in the championship? In Saturday's semis, Djokovic defeated Rafael Nadal and Federer ousted Stan Wawrinka to set the highly-anticipated rematch.

In Showdown No. 2 at the season finale, Djokovic adjusted his tactics after seeing his streaks of 38 consecutive indoor match wins and 15 straight at the Nitto ATP Finals snapped by Federer earlier in the week. He would come out on top 6-3, 6-4 after one hour and 21 minutes, securing a historic four-peat.

With the win, Djokovic completed his argument for greatest season of all time, punctuated by an 82-6 win-loss mark and 11 titles. He would finish with a staggering 31-5 record against the Top 10.

“This season definitely stands out," Djokovic added. "I can't say I expected it, not at all … (It) obviously gives me a lot of confidence for anything that is coming in the future.”