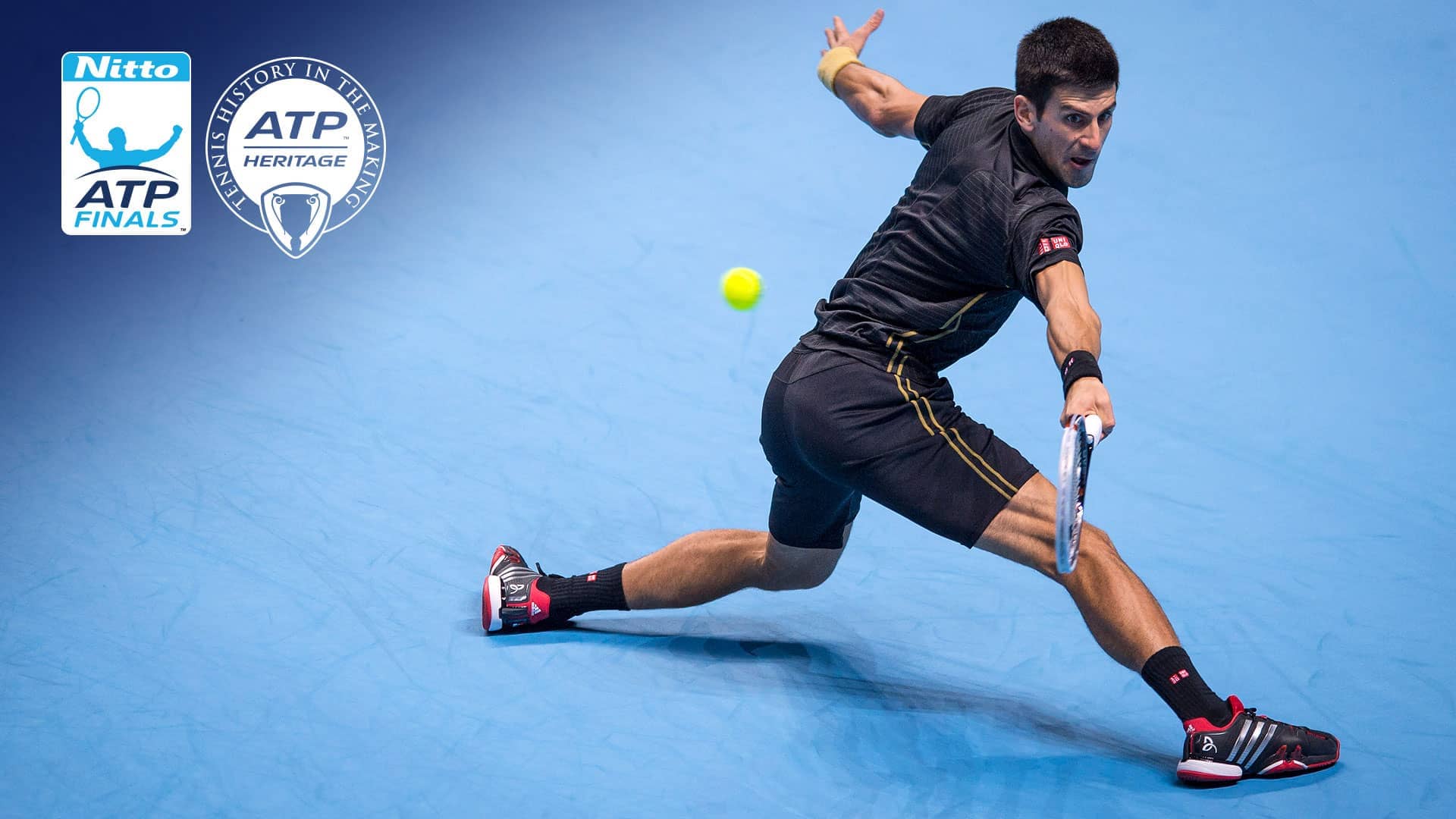 It isn't often that an edition of the Nitto ATP Finals is remembered for a semi-final, rather than what happened during the final. But that's exactly what transpired in 2014.

That's because there was no championship match that year. After claiming an epic semi-final victory over countryman Stan Wawrinka - a match for the ages - Roger Federer was forced to withdraw with a back injury ahead of a title bout with Novak Djokovic.

"We always give 100 per cent," said Djokovic. "I'm sure that if he could've played, he would've done. So I wish him the best in his recovery. You cannot blame him. You never like to win, especially these big matches against big rivals, with a retirement. But that's the way it is."

Federer had little time to recover after a marathon two-hour and 48-minute affair against Wawrinka. A grueling primetime battle in London, it could go down as the greatest match ever played at The O2. The drama boiled over as Federer prevailed 4-6, 7-5, 7-6(6), with a bevy of momentum swings leaving fans falling out of their seats.

Wawrinka was in the midst of a breakout campaign, lifting his maiden Grand Slam trophy at the Australian Open and first ATP World Tour Masters 1000 crown in Monte-Carlo. Making his second appearance at the Nitto ATP Finals, he qualified for the semis after defeating Tomas Berdych and Marin Cilic. Federer, meanwhile, was bidding for a seventh crown at the season finale and boasted a 3-0 record in the group stage, including a 6-1, 6-0 blowout win over Andy Murray.

Something had to give when Federer and Wawrinka stepped on the court. The margins were razor thin throughout the match, with a spot in the championship on the line. After Wawrinka claimed the opening set, Federer responded in kind in the second, securing a break to love in the 12th game.

Wawrinka refused to back down as the third set got underway, breaking immediately and eventually serving for the match at 5-4. But Federer would have the last word, saving three match points in that game and eventually a fourth in the ensuing tie-break, before prevailing. Wawrinka attempted to serve-and-volley on all three of the match points on his racquet, with Federer passing him twice. A sublime drop volley would seal the win for the six-time champion, as the London faithful erupted in applause.

But, physically and emotionally exhausted, Federer would not be able to overcome the taxing encounter. He announced his withdrawal from the final just a few hours prior to the match on Sunday.

As for Djokovic... It's certainly not the way he wanted to win, but the Serbian would depart London with the trophy for a third straight year. He dominated proceedings in the group stage, dropping a combined nine games prior to a three-set win over Kei Nishikori in the semis.

With the title, he joined an elite club in becoming the first player to win three straight Nitto ATP Finals crowns since Ivan Lendl from 1985-87. The only other player to achieve the feat was Ilie Nastase.

"I'm not one of those players that celebrates these particular wins, but I have to reflect on the whole season," Djokovic added. "This trophy is definitely the crown for all the achievements that I had this year. I owe the credit to my team, to all the people who supported me all the way through, and plenty of joy. I'm very happy to be able to stand here and finish with this trophy."

It capped an impressive campaign for the year-end No. 1, having also lifted trophies in Indian Wells, Miami, Rome, Wimbledon, Beijing and Paris.