2013 Flashback: Djokovic Finishes On A High 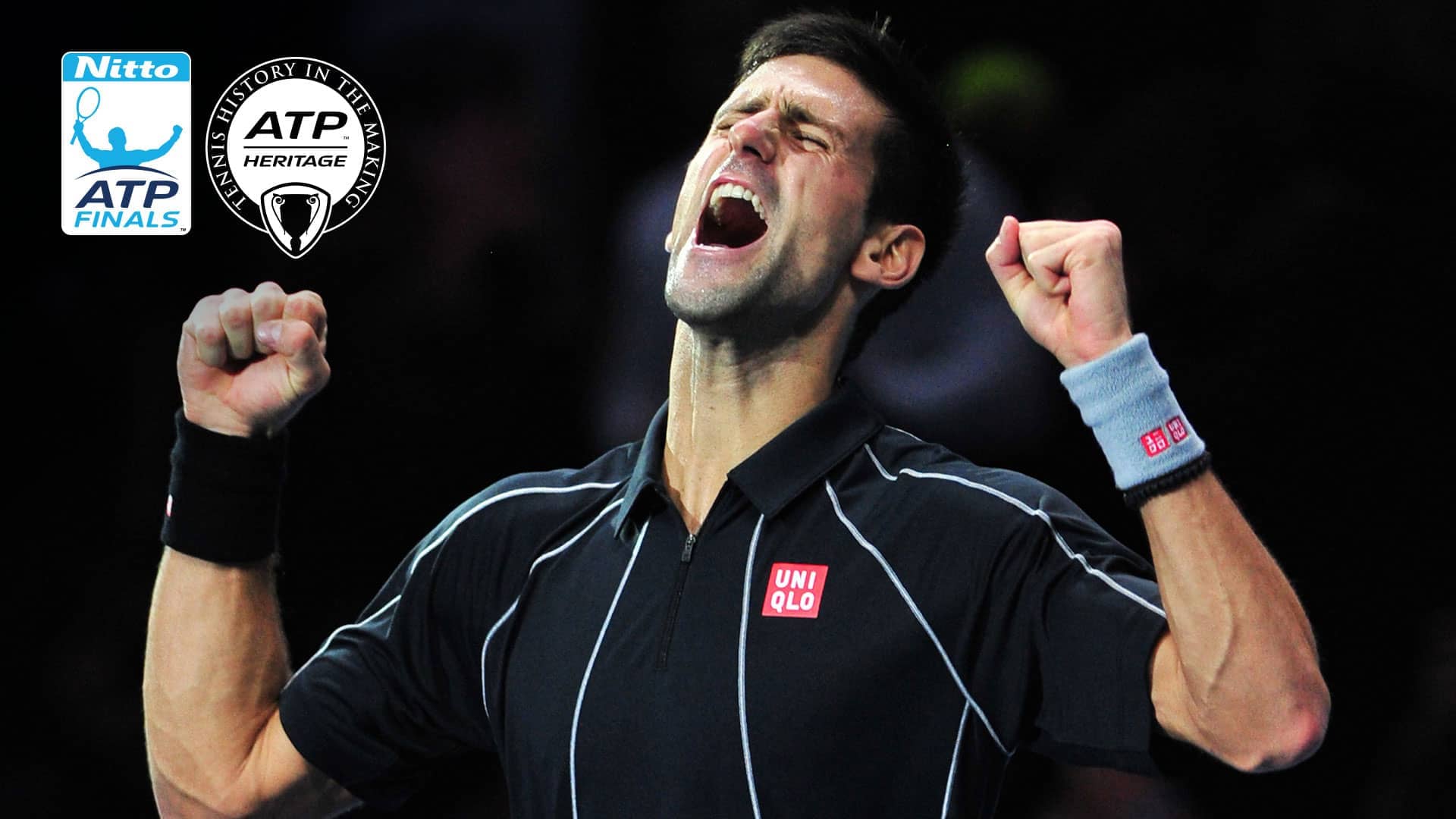 Novak Djokovic’s ability to seamlessly transition to different surfaces was highlighted in 2013, when, in spite of losing No. 1 in the ATP Rankings to Rafael Nadal, the Serbian reached three Grand Slam championship finals for the third year in a row and went on a tear towards the end of the season.

Nadal, who had reached nine finals in as many tournaments following his seven-month absence due to injury, qualified for the season finale on 10 June. He had beaten Djokovic in the US Open final on 9 September, and soon reclaimed World No. 1, but in the two months prior to the 2013 Nitto ATP Finals, Djokovic went on a tear.

With a further injection of confidence, the 26-year-old Djokovic swept past Stan Wawrinka 6-3, 6-3 in the semi-finals and extended his winning streak to 22 matches with a 6-3, 6-4 victory over Nadal at The O2 in London for his third Nitto ATP Finals crown. It was the pair’s 39th meeting of their rivalry (Nadal 22-17).

"It's the highest quality of tennis that you have next to Grand Slams, because every match that you play, you play against a top 10 player every second day," said Djokovic, after beating Nadal for the 10th time in 19 finals. "Especially this year, with back-to-back Paris Bercy and London, wasn't easy for sure.”

Djokovic came within one point of leading 4-0 in the final, but Nadal regrouped to recover three games before his opponent launched another blistering attack from the baseline. Nadal, who struck four double faults in the opener, was broken in the third game of the second set as Djokovic went on to record his 10th straight victory at The O2.

"I am very proud of the way that I managed to recover and perform better and better as the tournament went on,” said Djokovic, who completed 2013 with a 74-9 match record. “I had the tough three setters against all of the opponents in my group, and then I managed to raise the level of tennis in the semi-finals and finals when it mattered the most."

In the doubles, Spain celebrated success for the second consecutive year, with Fernando Verdasco and David Marrero scraping past Bob Bryan and Mike Bryan 7-5, 6-7(3), 10-7 to follow in the footsteps of Marcel Granollers and Marc Lopez. The American twins had been attempting to win their 12th title of a season that saw them come within two victories of a calendar year Grand Slam.