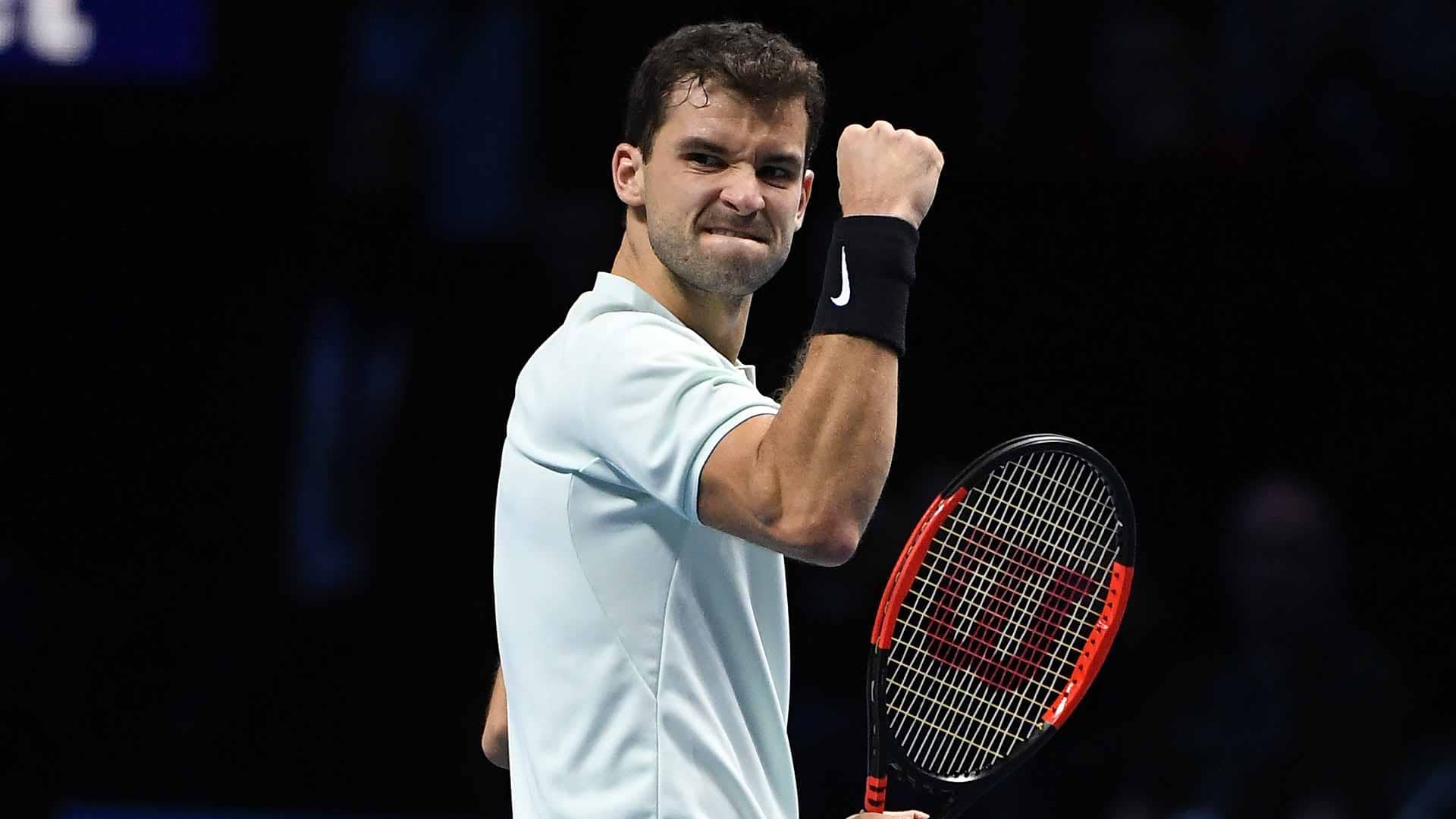 In his debut at the Nitto ATP Finals, Grigor Dimitrov played as if he had been here before. The Bulgarian came up with clutch shot after clutch shot against Dominic Thiem, racing around The O2 to beat the fourth-seeded Austrian in a topsy-turvy match, 6-3, 5-7, 7-5, on Monday.

The sixth seed broke Thiem three times, including late in the third set as the Austrian struggled to hold his nerves. Thiem was serving at 5-5, 0/30 when he double faulted twice to hand Dimitrov the break. The Bulgarian fell behind 0/15 at 6-5 but converted on his third match point to clinch a successful debut.

The right-hander is the first player from his country to make the season-ending championships in its 48-year history. Thiem, meanwhile, was playing in London for the second consecutive year and led their FedEx ATP Head2Head rivalry 2-1, most recently saving five match points to beat Dimitrov on clay at the Mutua Madrid Open.

But while Thiem has had incredible success on red dirt against the ATP World Tour's best, he's still looking for that success on hard courts. Coming into this week, Thiem was 1-13 against the Top 10 on the surface.

And Dimitrov looked the more comfortable player in the opening set. He broke Thiem in the sixth game for a 4-2 lead when the Austrian sailed a forehand long. Thiem landed only 37 per cent of his first serves in the opener. Dimitrov, meanwhile, was in control with the ball on his racquet, winning 89 per cent (16/18) of his first-serve points.

“There's always a little bit of tension before every match, and especially here, of course, a little bit because of all the atmosphere, arena. Also because it's your first match, and it's against a really, really good opponent, so you're very tense,” Thiem said.

The World No. 4, though, settled his game in the second set, holding throughout and breaking Dimitrov at 6-5 to extend the match when the Bulgarian hit a pair of forehands long. But in the final set, Dimitrov was the one who controlled his nerves the best, breaking Thiem and serving out the match for a dream debut.

The right-hander has been open about how making the Nitto ATP Finals has been a dream of his. That dream got better on Monday.

“It's not only big for me, I think it's for my whole country, for Bulgaria. It's great for me to show that everything is possible,” Dimitrov said. “You push the boundaries, doesn't matter where you're from, it's all up to you, everything is in your hands. Basically whatever you put in is what you get.”