Marin Cilic: A Home From Home 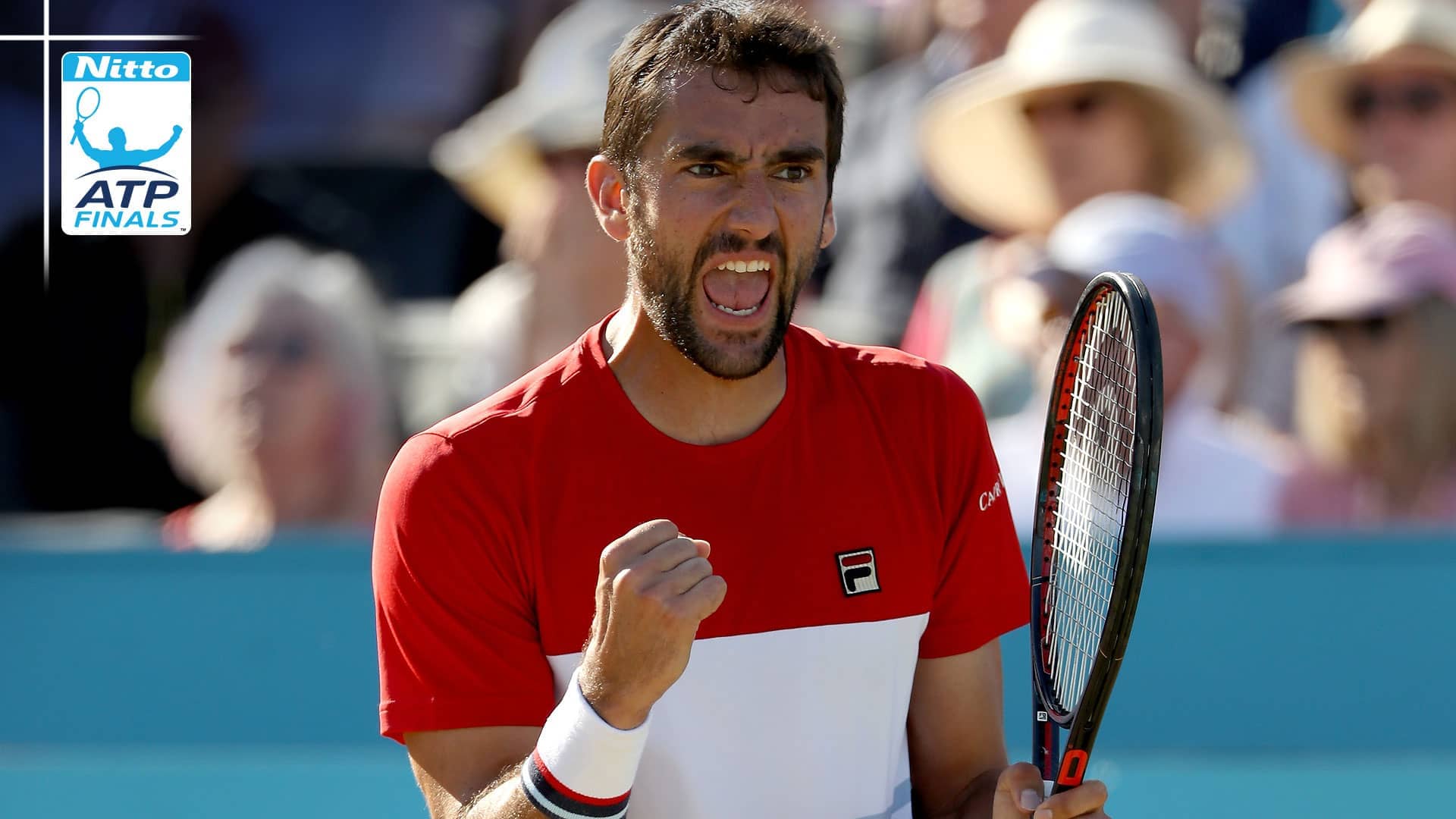 Now a regular at the Nitto ATP Finals, Marin Cilic has qualified for the season finale for the fourth occasion. But the Croatian will be attempting to reach the knock-out stages for the very first time, as Paul Newman of The Independent writes.

If logic determined the outcome of tennis matches, Marin Cilic would have an outstanding record at the Nitto ATP Finals. The Croatian loves playing in Britain, thrives on indoor hard courts and has a habit of winning titles in the latter stages of the season. In other words, the season finale should be right up Cilic’s street.

The glorious unpredictability of sport is underlined by Cilic’s surprisingly modest record here at The O2. In his three previous visits to the Greenwich Peninsula he had just one win to show from his nine matches. His lone victory, over Kei Nishikori two years ago, was in a concluding group match when he already knew he had no chance of qualifying for the semi‑finals.

But Cilic is too experienced a campaigner to allow a quirk of form like that to put him in a negative frame of mind. He has enjoyed an outstanding season on the ATP World Tour, finding the year-round consistency that has sometimes eluded him in the past. One of his season highlights was reaching the final of the Australian Open, while another was winning the Fever-Tree Championships at The Queen’s Club in London, extending to 11 his run of successive years in which he has landed at least one ATP World Tour title.

Over the course of his career, London has been a particularly productive city for Cilic, who has reached the final at The Queen’s Club four times and won the title there twice, with his first victory in west London coming in 2012. Grass clearly suits his game, as he demonstrated in the summer of 2017 by reaching the Wimbledon final, only to suffer a painful foot blister that contributed significantly to his straight-sets defeat to Roger Federer.

Capable of adapting his game to any surface, Cilic is among an elite group of players who have gathered titles on grass, hard and clay courts. But it is on indoor hard courts that he has prospered; eight of his 18 career titles have come on that surface. He is a four-time champion in the Croatian capital of Zagreb and has also won in Moscow twice, as well as once each in St. Petersburg and Basel. The latter four tournaments were all won in the period between the US Open and the end of the season, making his lack of success here all the more puzzling.

Although all three of his defeats at last year’s Nitto ATP Finals were close – he won a set against Alexander Zverev, Jack Sock and Federer – Cilic thinks he may have paid the price for a heavy workload in the closing weeks of the season. He arrived in London having made the semi-finals in Tokyo, Shanghai and Basel and the quarter-finals in Paris. “Last year when I came to London, I felt just a little bit drained,” Cilic has said. “Even though I played well at the end of the year, I had a lot of matches and it just took a little bit of extra energy out of me. Mentally, as well, it was difficult to sustain that over and over again.”

Cilic hopes to have learned from last year and went into the closing weeks of this season with plans to reduce the length of his practice sessions, the idea being they are shorter but more intensive. “I think you just have to focus day by day, obviously listen to your body as much as you can with your team to work and to balance the training,” said Cilic, who will lead Croatia in next week’s Davis Cup final against France in Lille.

Cilic came flying out of the blocks this year, reaching his third Grand Slam final at January’s Australian Open, only to lose to Federer once more after five hard-fought sets. After a quiet period his results again picked up on clay with runs to the quarter-finals of his home ATP World Tour Masters 1000 tournament in Monte-Carlo, the semi-finals of the Masters 1000 in Rome and the quarter-finals at Roland Garros.

That form continued at The Queen’s Club, where he defeated Djokovic in the final, but he then suffered his earliest Wimbledon defeat for seven years when he was beaten by Argentina’s Guido Pella in the second round. It was the first time since 2011 that he had lost to someone other than Federer, Djokovic or Andy Murray at the All England Club. After Wimbledon, Cilic went out to Rafael Nadal in the Toronto quarter-finals and to Djokovic in the Cincinnati semi-finals before losing a four-hour marathon against Nishikori in the last eight at the US Open.

While Cilic turned 30 in September, he is the youngest active man to have won a Grand Slam singles title, by virtue of his success at the 2014 US Open. Although he might have won many more majors and titles on the ATP World Tour had he been in a different era, Cilic believes competing against the likes of Federer, Nadal and Djokovic has made him a better player. “I feel they are pushing me to be a little bit better, day after day, match after match,” he has said. “I think we are all trying our best, pushing ourselves. Even the top guys, Roger and Rafa, they are setting an example, as well as Novak, who has come back and is playing well. I think there is a big group of players now that are very eager to win, very motivated.”