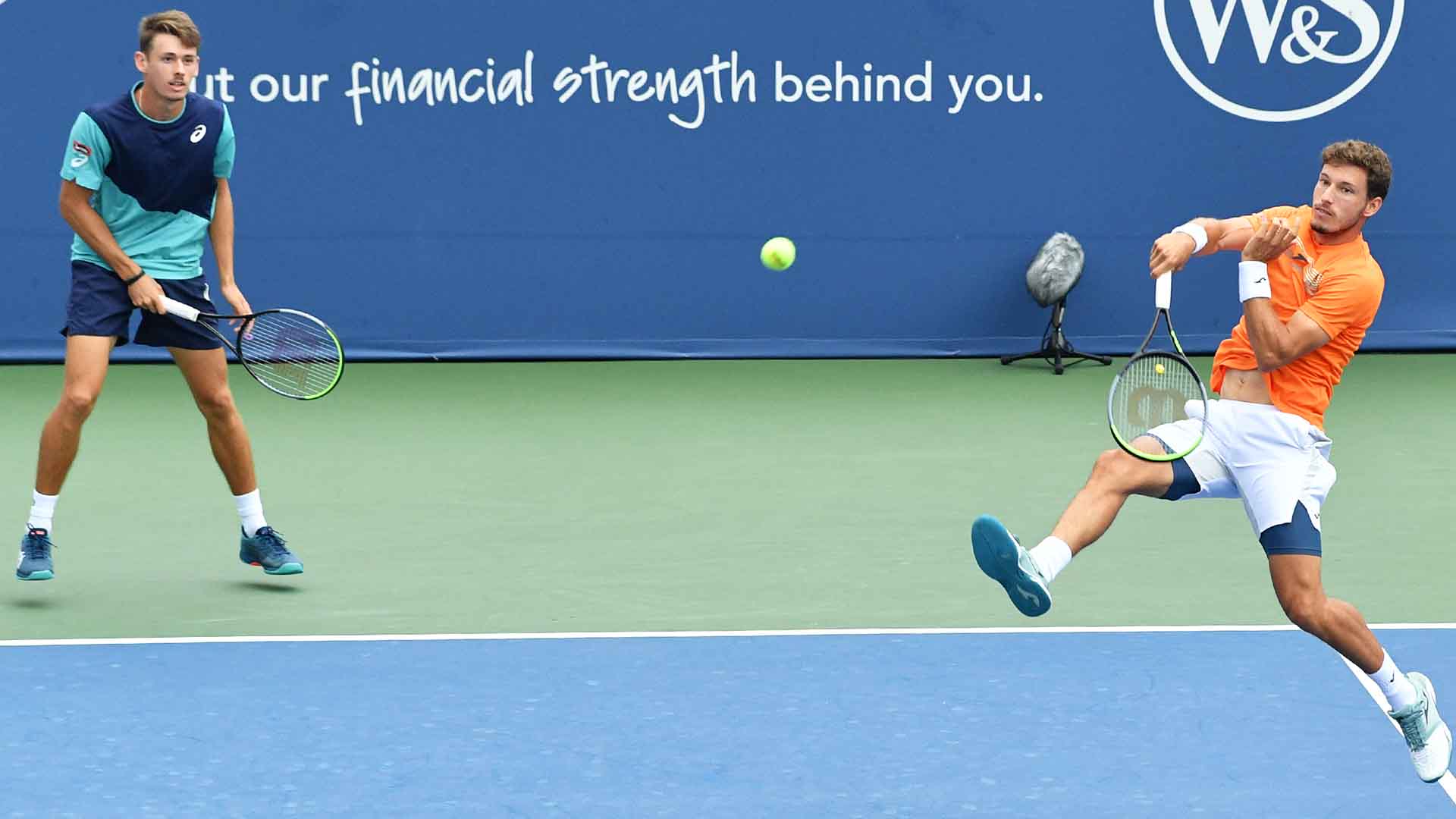 After breaking serve at 5-5 in the second set on Grandstand, rain forced the unseeded duo to wait until the conclusion of the singles final to complete a 6-2, 7-5 victory against Jamie Murray and Neal Skupski on Louis Armstrong Stadium.

“It was a good week for us,” said Carreno Busta. “We lost in the singles and we just tried to continue to play matches. It is important for us to get rhythm, to get confidence and I think the doubles, on this occasion, was good for this.

“We didn’t expect to arrive to a final and win the tournament, but we played the last matches better than the first ones.”

Carreno Busta and De Minaur have impressed from their first match at the ATP Masters 1000 event. The Spanish-Australian team upset defending champions Ivan Dodig and Filip Polasek in the first round and also beat eighth seeds Wesley Koolhof and Nikola Mektic en route to the championship match.

“It is a great feeling [to be back on the ATP Tour]. I am very happy to be back on court and hopefully this week in doubles can give me some confidence and momentum going into next week,” said De Minaur.

Murray and Skupski were also attempting to capture their first ATP Tour doubles trophy as a team. The Brits began their partnership by winning the Arizona Tennis Classic — an ATP Challenger Tour event — in March 2019.

Murray and Skupski responded quickly in the second set, extracting multiple errors from Carreno Busta’s backhand and showcasing quick reactions at the net to earn a 4-0 lead. But Carreno Busta and De Minaur charged back and earned their third break of the set at 5-5 when Skupski fired long with a backhand approach shot. After an extended rain delay and a court switch to Louis Armstrong Stadium, the debut team captured the trophy on deciding point when Carreno Busta landed a forehand volley winner.