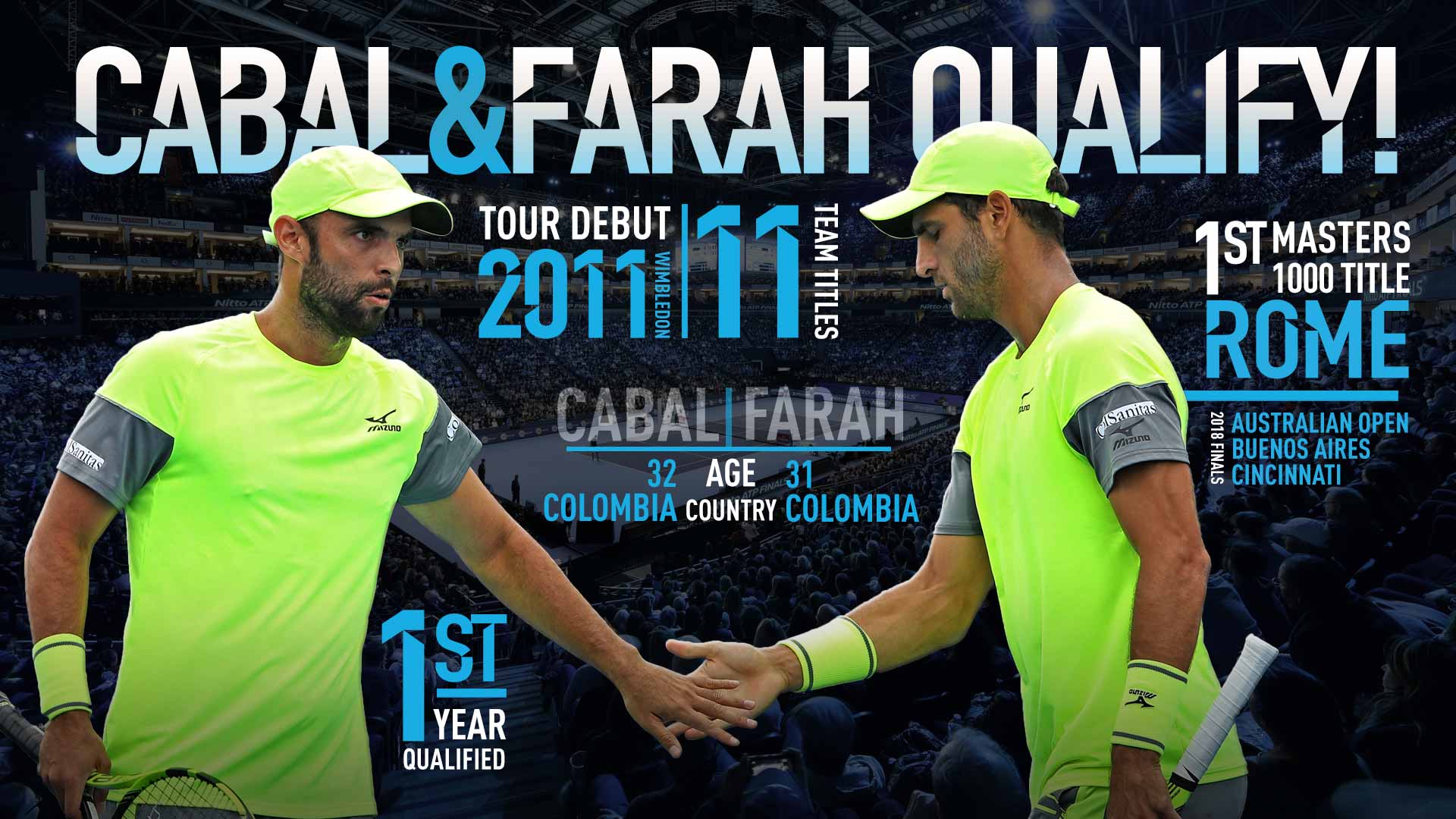 Juan Sebastian Cabal and Robert Farah will make their Nitto ATP Finals debut this November at The O2. The Colombians clinched their place in the eight-player, eight-team field following the release of the draws for next week's ATP World Tour 500 tournaments in Beijing and Tokyo.

Cabal and Farah are the second team to qualify for the 2018 tournament, joining Oliver Marach and Mate Pavic, whom they faced in the Australian Open final earlier this season.

In addition to their first Grand Slam final, the Colombians also reached three other championship matches in 2018. They won their first ATP World Tour Masters 1000 title at the Internazionali BNL d’Italia in Rome and were runners-up at the Argentina Open in Buenos Aires and Western & Southern Open in Cincinnati.

Cabal, 32, and Farah, 31, first joined forces at the Futures level in 2004 and made their tour-level main draw debut in 2011 at Wimbledon. They have won 11 titles from 25 finals, highlighted by a season-high four titles in 2016. They served as alternates at the Nitto ATP Finals that year.