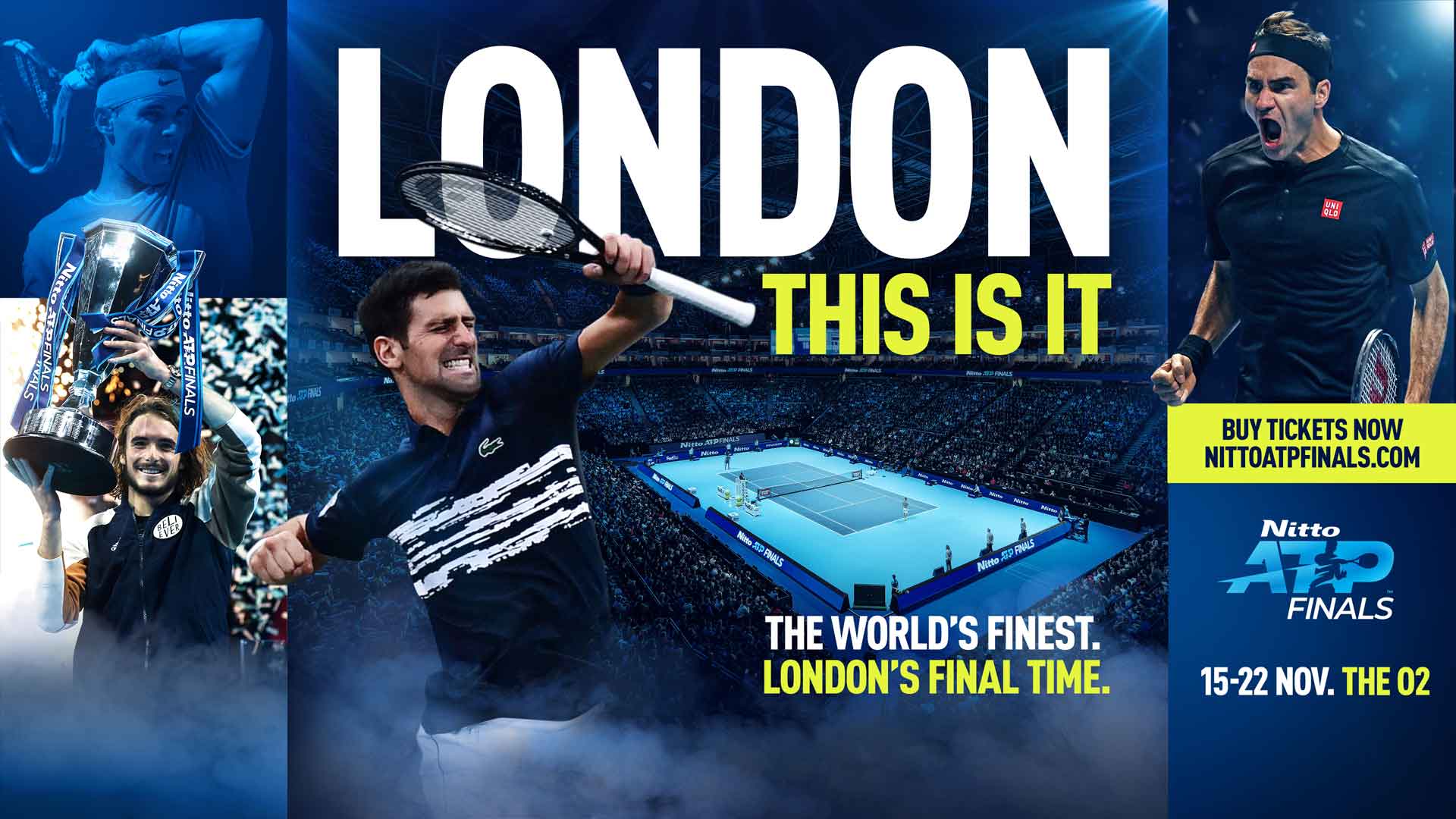 Tickets to the 2020 Nitto ATP Finals are now on public sale. From today, fans can secure their place at the prestigious season-ending showdown from 15-22 November at The O2 in London, featuring only the best eight qualified singles players and doubles teams, by purchasing tickets at www.NittoATPFinals.com.

The 2020 Nitto ATP Finals marks the 50th anniversary of the season finale and will be the final edition held in London, concluding a successful 12-year run before it moves to Turin, Italy, in 2021.

The season finale attracted 242,883 fans to The O2 across the eight days of competition in 2019, bringing the tournament’s cumulative attendance since 2009 to 2.8 million.

Stefanos Tsitsipas capped off a memorable week at The O2 when he prevailed against Dominic Thiem 6-7(6), 6-2, 7-6(4) in the singles final – only the third time in tournament history that the championship match came down to a final set tie-break. In doubles, the French pairing of Pierre-Hugues Herbert and Nicolas Mahut captured the season-ending title for the first time.