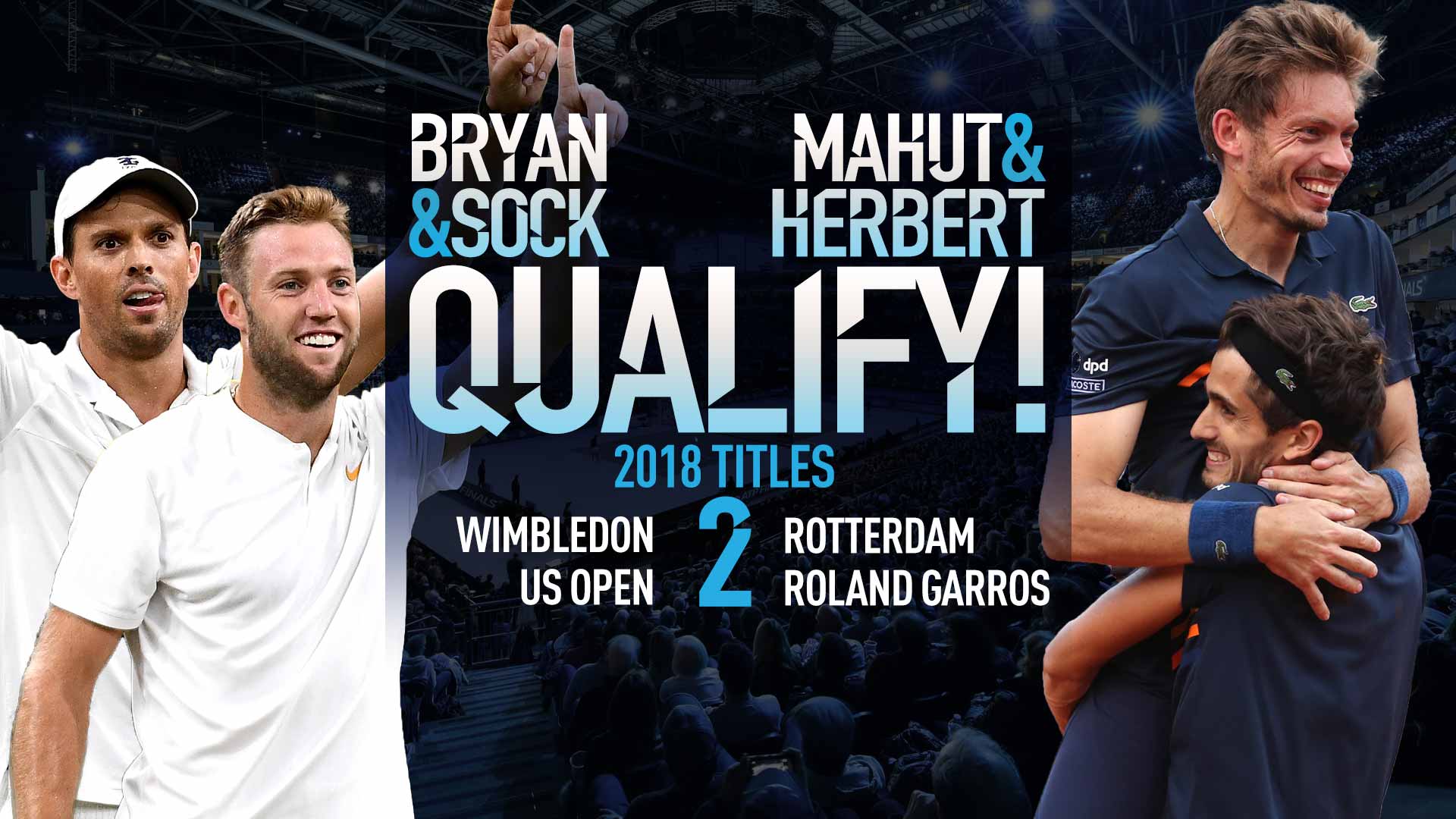 Two doubles team spots are left up for grabs at the Nitto ATP Finals following the qualification of Mike Bryan and Jack Sock, in addition to Pierre-Hugues Herbert and Nicolas Mahut. They join Oliver Marach and Mate Pavic, Juan Sebastian Cabal and Robert Farah, Jamie Murray and Bruno Soares, and Lukasz Kubot and Marcelo Melo at the season finale to be held at The O2 in London from 11-18 November.

The two teams qualify under the Grand Slam rule, as a result of the conclusion of the Rolex Shanghai Masters and also the doubles draws for the VTB Kremlin Cup in Moscow, the European Open in Antwerp and also the Intrum Stockholm Open. One team is guaranteed to finish in the Top 7 and another between 8-20 at this time.

Mike Bryan and Jack Sock first teamed up in June this year at the Fever-Tree Championships. The Americans have since compiled a 14-4 record, including two Grand Slam trophies at Wimbledon (d. Klaasen/Venus) and at the US Open (d. Kubot/Melo). On 16 July 2018, 40-year-old Mike Bryan became oldest doubles or singles No. 1 in history.

Mike Bryan had previously qualified with his brother, Bob Bryan, on 15 occasions since 2002, lifting the Nitto ATP Finals four times (2003-04, 2009 and 2014). Bob Bryan has been sidelined due to injury since the Mutua Madrid Open final on 13 May and underwent right hip surgery on 2 August.

French pair Herbert and Mahut have qualified for the fourth straight year. They have a 2-6 record at the season finale, never progressing beyond the round robin stages.

This season, the team captured the Roland Garros title (d. Marach/Pavic), an ATP World Tour 500-level trophy at the ABN Amro World Tennis Tournament in Rotterdam (d. Marach/Pavic) and also the Moselle Open in Metz (d. Skupski/Skupski). They have a 19-8 match record.