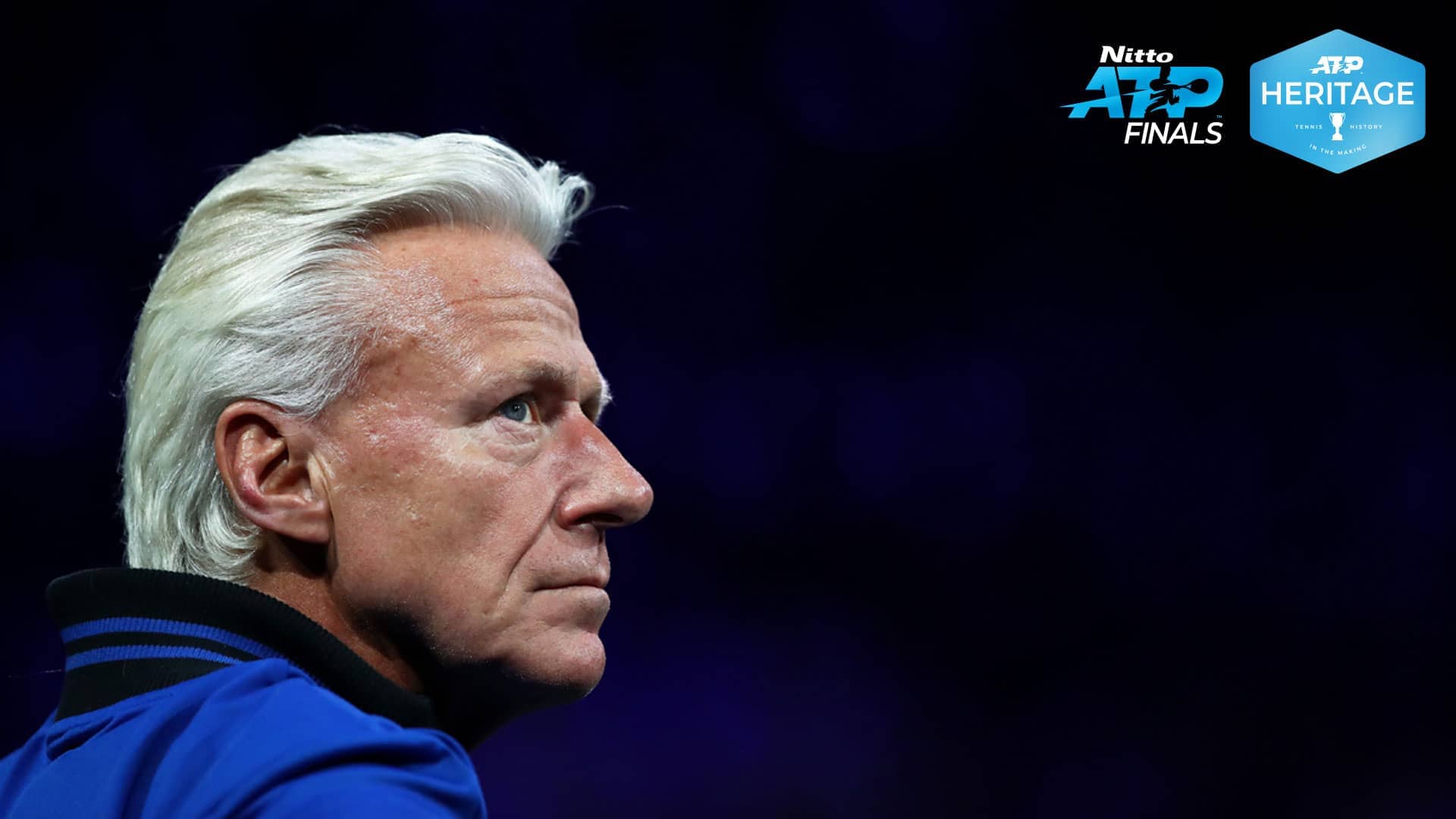 Andre Agassi and Bjorn Borg’s past achievements are celebrated at the Nitto ATP Finals this week, with the singles groups named after the iconic former champions.

Andre Agassi qualified for the season-ending tournament 14 times and came in almost as many guises. He was the teenage punk, then the 20-year-old champion talking excitedly about “the highest point” of his career to that point. In the end, when he was in his mid-thirties, he was the grandee taking on yet another tennis generation.

Agassi’s weighty contribution to the history of this event is recognised this week at the Nitto ATP Finals, with one of the singles groups named after him. Aside from Roger Federer and Rafael Nadal, no singles player has qualified for this event more than the Las Vegan, with those appearances coming in a span of 17 years from 1988 to 2005. Agassi was the champion in 1990, when he beat Stefan Edberg, while he was also the runner-up against Pete Sampras in 1999, and he lost the 2000 final to Gustavo Kuerten and the 2003 final to Federer.

From the showman to the iceman, or Ice Borg. This week also sees Group Bjorn Borg, in honour of a champion who – in some contrast to Agassi – generally kept the same demeanour, outlook and image throughout all his appearances at the season finale. The runner-up to Ilie Nastase in 1975, and to Jimmy Connors in 1977, Borg defeated Vitas Gerulaitis at New York’s Madison Square Garden for the 1979 title at the conclusion of what Sports Illustrated called “the best and the brightest and the most exciting tennis tournament anybody ever saw”. Borg was also the 1980 champion, his reward for beating Ivan Lendl in the final.

It was in 2006, when this tournament was staged in Shanghai, that Jonas Bjorkman and Max Mirnyi won the doubles title. Thirteen years later, this week’s teams are playing in Group Jonas Bjorkman and Group Max Mirnyi. Mirnyi won this title a second time with Daniel Nestor in 2011. Bjorkman is notable for having also qualified as a singles player in 1997 when he reached the semi-finals.

History is clearly important at an event that has its own alumni association, the Finals Club – this year, the ATP has invited competitors who retired in 2019 to attend the Nitto ATP Finals.