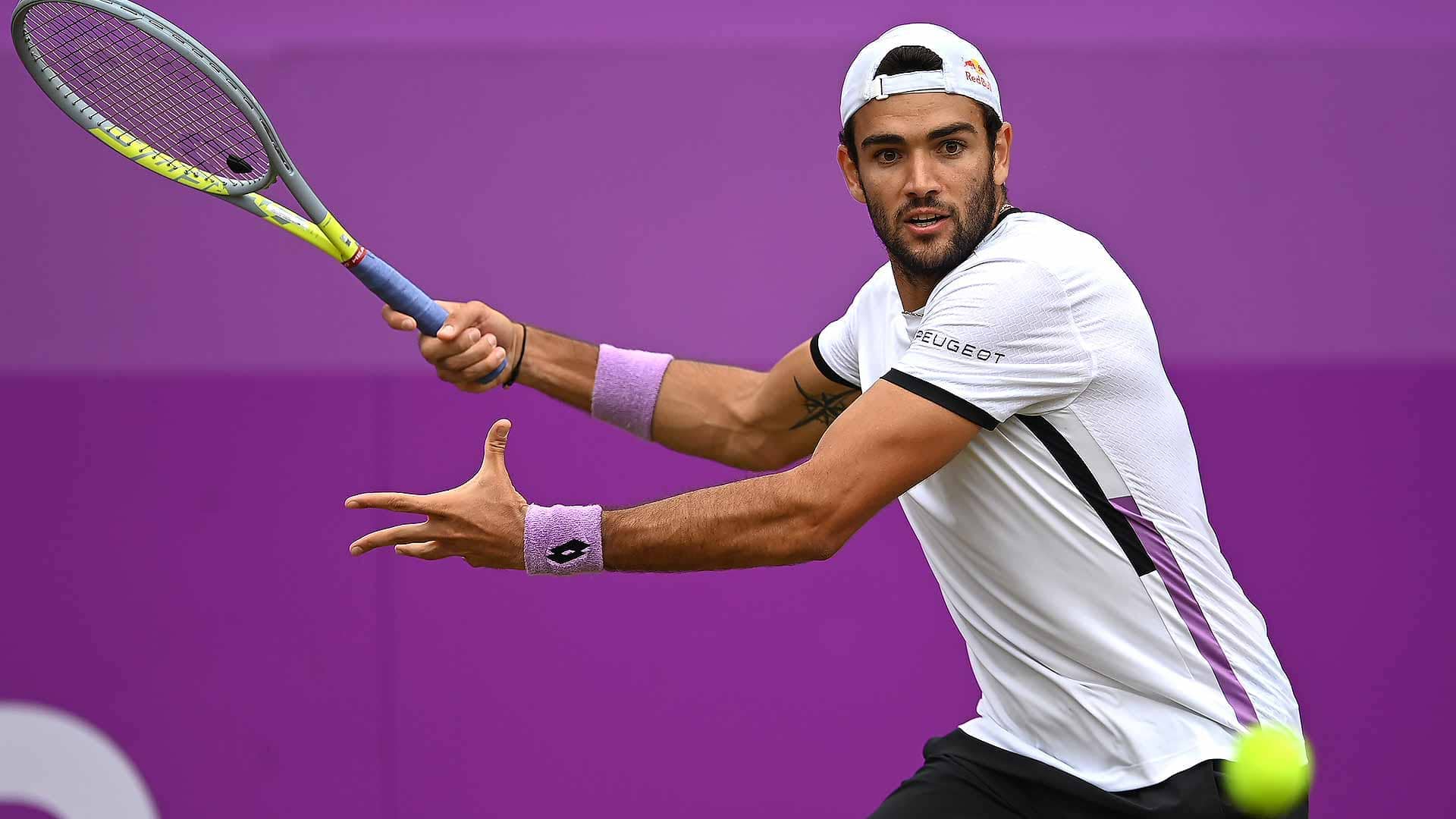 Italy’s Matteo Berrettini strengthened his claims to qualify for the 2021 Nitto ATP Finals, to be held from 14-21 November in Turin, after he captured the cinch Championships crown on Sunday in London. The 25-year-old beat Briton’s Cameron Norrie in The Queen’s Club final and added 500 points to solidify his hold on seventh position in the FedEx ATP Race To Turin.

Berrettini, who also qualified for the Nitto ATP Finals in 2019 and served as an alternate last year, has 2,305 points overall after he lifted his fifth ATP Tour crown — and second trophy of the 2021 season after the Serbia Open (d. Karatsev) in May. The Italian is 530 points ahead of eighth-placed Russian Aslan Karatsev (1,775) and just 285 points behind another Russian, Daniil Medvedev (2,590), who is in sixth spot.

Fellow Italian Jannik Sinner also remains in strong contention to qualify for the Nitto ATP Finals for the first time. The 19-year-old is one spot outside of the eight automatic qualification berths (1,510), having recently reached the Roland Garros fourth round (l. to Nadal).

Sinner, the Great Ocean Road Open titlist (d. Travaglia) is one place ahead of Poland’s Hubert Hurkacz (1,470), the player he lost to in his first ATP Masters 1000 final at the Miami Open presented by Itau.

Serbia’s Novak Djokovic remains the leader in the FedEx ATP Race To Turin on 5,170 points, after the World No. 1 passed Stefanos Tsitsipas (4,560) by fighting back from two-sets-to-love down for the sixth time in his career to win the Roland Garros title. Djokovic is a five-time former champion at the Nitto ATP Finals.

Spaniard Rafael Nadal (2,940) is currently fifth-placed, behind Russian Andrey Rublev (3,070), and Germany’s Alexander Zverev (3,015), who are in third and fourth spots respectively.