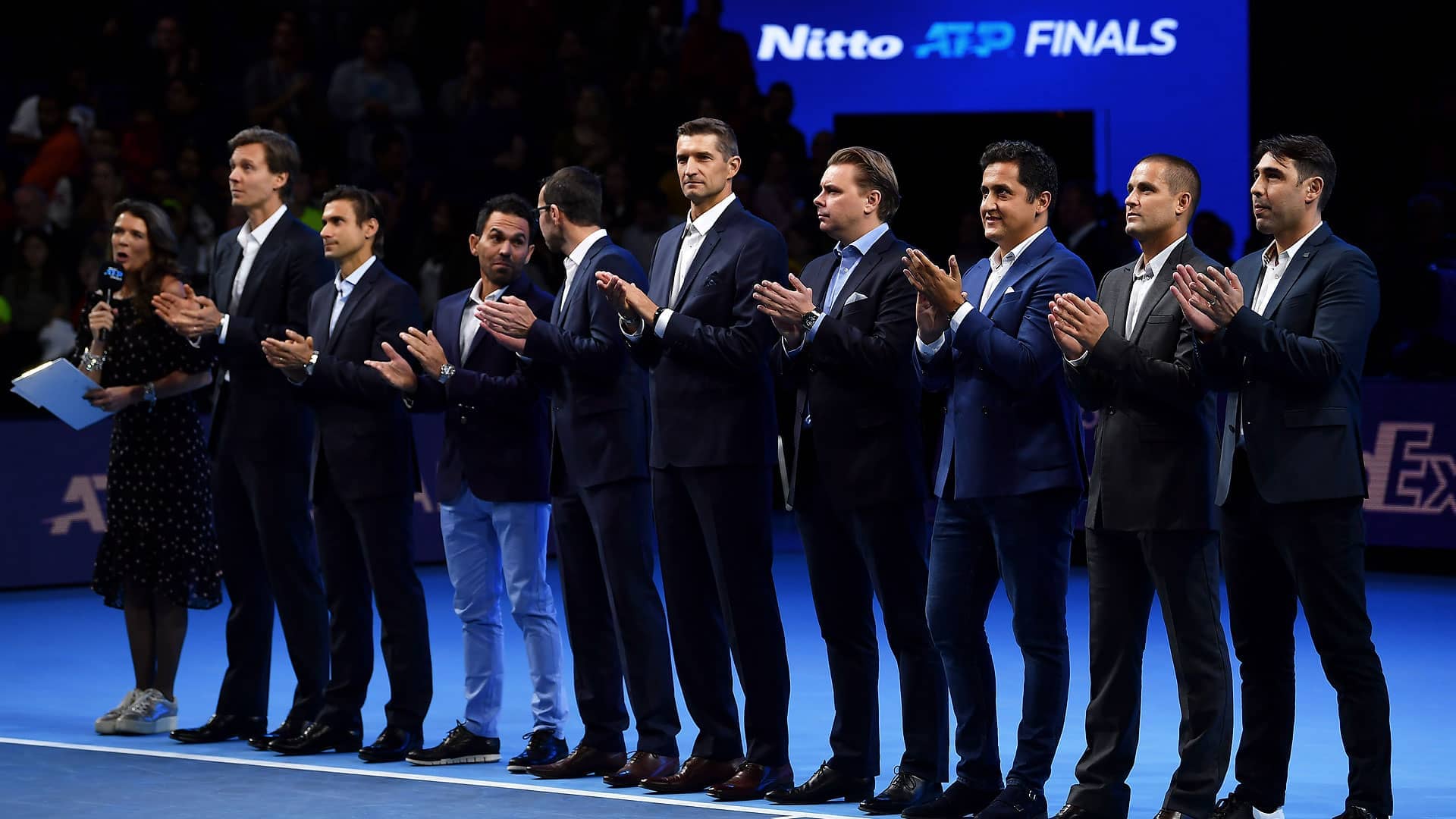 Former World No. 4 Berdych, who cites his 2010 Wimbledon final run as a ‘special moment’, admitted that he has no plans yet for his future. “The plan is actually not to have any plans, because the past 15, 20 years was so hectic and so demanding that I just need to just breathe out easily after all those years.”

The Czech, a winner of 13 ATP Tour singles titles, including the 2005 Rolex Paris Masters, competed at the Nitto ATP Finals on six occasions, between 2010-2015.

The nine players took part in an on-court ceremony following Stefanos Tsitsipas’ semi-final victory over Roger Federer on Saturday afternoon. Ross Hutchins, the ATP’s Chief Player Officer, then paid tribute to the retirees off the court, presenting them with frames highlighting standout moments of their careers.

Ferrer, who retired in May and has since been named the Tournament Director of the Barcelona Open Banc Sabadell, rose to a career-high No 3 in the ATP Rankings and won 27 singles titles in a 19-season career. He finished runner-up at 2013 Roland Garros, triumphed at the Rolex Paris Masters in 2012 and was also the finalist at the 2007 Nitto ATP Finals

Fans’ favourite Baghdatis recorded 349 singles match wins in a career that ended at Wimbledon in July. The former World No. 8, who reached the 2006 Australian Open final, captured four ATP Tour titles. Youzhny finished his career one victory shy of 500 match wins in October 2018, but it didn’t matter to the former World No. 8 Muscovite, who spent 13 straights seasons in the Top 50 of the ATP Rankings and won nine titles from 20 finals.

Mirnyi, who retired also 12 months ago, climbed to the top of the ATP Doubles Rankings for the first time on 9 June 2003, and he would spend 57 weeks atop the doubles mountain. The Belarusian won 52 tour-level doubles titles, including 10 Grand Slam men’s doubles crowns (and eight in mixed doubles). He also captured the London 2012 Olympics mixed doubles gold medal with Victoria Azarenka. As a singles player, he ascended as high as No. 18 in the ATP Rankings.

Former World No. 9 Almagro clinched 13 titles from 25 clay-court finals, while Estrella Burgos broke into the Top 100 for the first time at the age of 33 and captured three Quito crowns. Stepanek, who stopped playing in November 2017, was a former World No. 8 singles player and No. 4 on the doubles court, earning the 2012 Australian Open and 2013 US Open crowns with Leander Paes.

Matkowski, who retired in June, partnered Mariusz Fyrstenberg to the title matches of the 2011 US Open and the Nitto ATP Finals. The Pole won 18 team crowns.