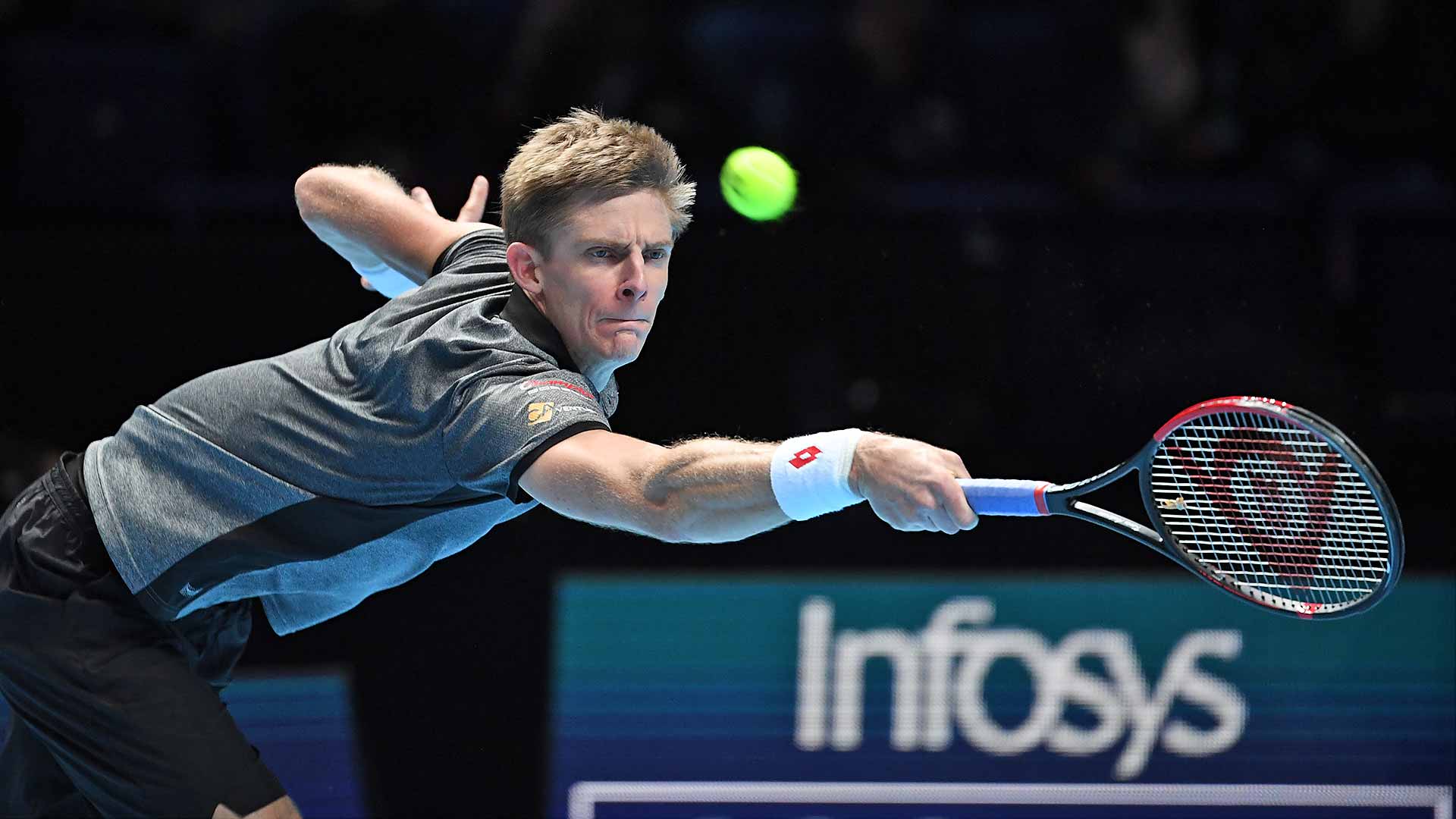 Kevin Anderson improves to 7-2 in his FedEx ATP Head2Head series against Dominic Thiem after his straight-sets win at the Nitto ATP Finals on Sunday. © Peter Staples/ATP World Tour

After owning a 6-0 FedEx ATP Head2Head series advantage coming into this season, Kevin Anderson entered the Nitto ATP Finals with a 0-2 record in 2018 against Dominic Thiem.

But, in his debut match at The O2, Anderson returned to winning ways against the Austrian, notching a 6-3, 7-6(10) victory to move to 1-0 in Group Lleyton Hewitt at the Nitto ATP Finals on Sunday. This year's Wimbledon runner-up made a winning return to the English capital after one hour and 48 minutes, saving two set points in the second set tie-break en route to victory.

Anderson has now tied his career-best total of 46 tour-level victories, first achieved in 2015. The five-time tour-level titlist improves to 12-2 in indoor matches this season after producing his fourth Top 10 victory in eight meetings this year. Earlier this year, Anderson lifted trophies at the inaugural New York Open (d. Querrey) and the Erste Bank Open 500 (d. Nishikori).

"I think it was important, going out there and getting off to a good start," said Anderson. "I definitely felt a little bit nervous. But I was able to settle very quickly and find a really good rhythm, taking care of my service games nicely [and I] created quite a few opportunities on his serve.

"He wasn't serving at a very high first-serve percentage. I felt I was getting into quite a few points. The second set could have been anybody's set. He started serving well. I was taking care of my service games. When it's 12/10 in the tie-break, it really could have gone either way." 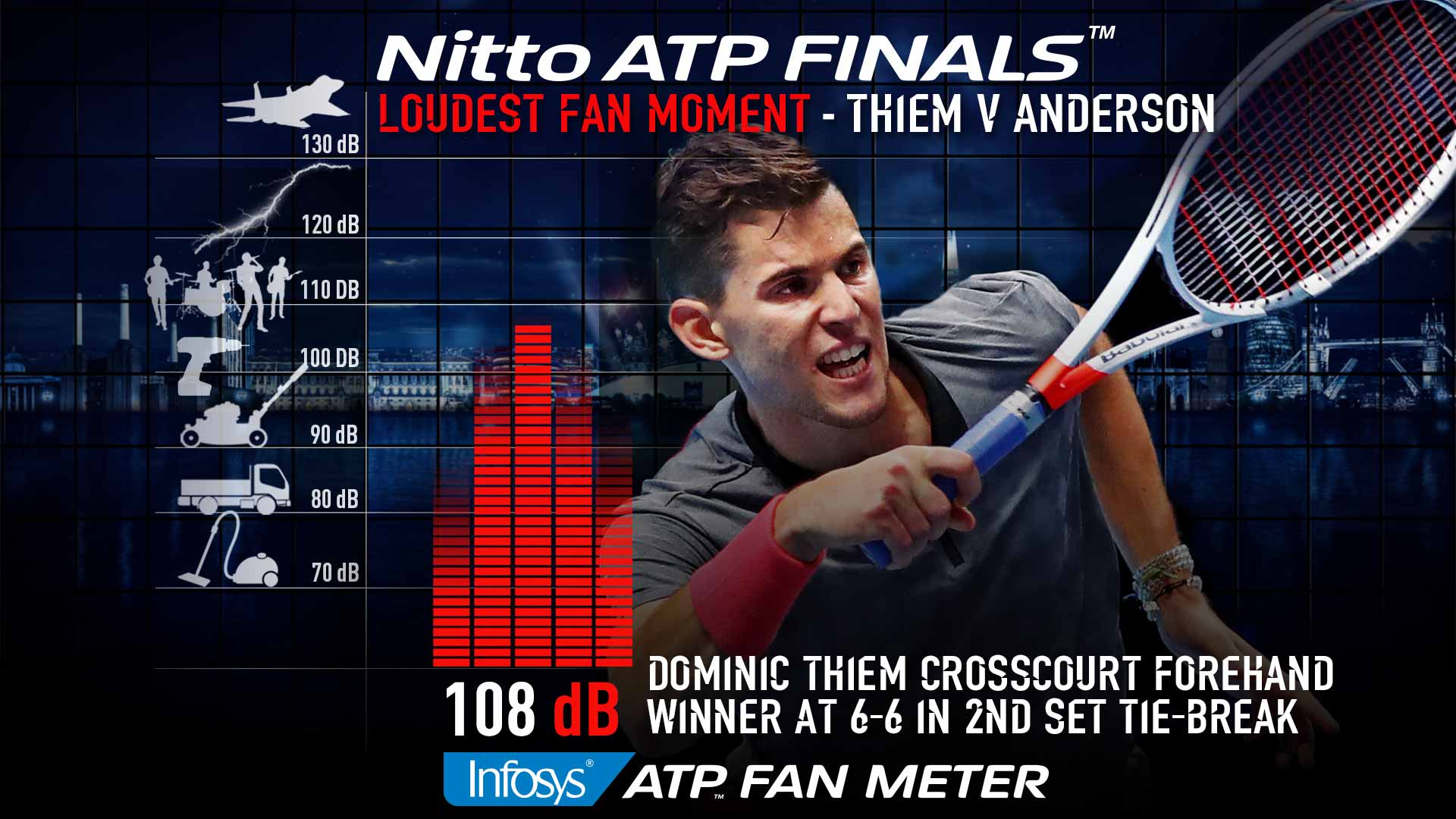 After opening service holds for both men, Anderson increased his aggression off the ground to capture 12 of the next 14 points for a 4-1 lead. The South African took control of baseline rallies and moved into the net to take time away from his opponent in the fourth game, with love service holds either side of the break opening a commanding lead.

Thiem was consistently put under pressure by the South African on serve, and despite saving five break points in his following two service games, the Austrian was unable to find a way back into the set. The 6'8" Wimbledon finalist won 21 of 25 service points in the opener, moving into a one set lead with his third love service hold.

A much tighter second set followed, with both players holding serve with relative ease to reach a tie-break. However, in the crucial moments, it was Anderson who raised his level. The 32-year-old rallied from 1/3 down and saved two set points, before firing a forehand down the line at 10/10 and serving out the match.

One of three Austrian players competing at the Nitto ATP Finals this year, alongside doubles players Oliver Marach and Alexander Peya, Thiem is bidding to advance beyond the round-robin stage for the first time on his third straight appearance at the elite eight-man event. In both his previous visits to The 02, Thiem ended his season with a 1-2 record at the tournament.

"I didn't have a good start," said Thiem. "I had no chance, basically, in the first set to break him. I was in trouble almost every service game. So the first set was not really good.

"The second [set] was a very good set of tennis, I would say. It was just one little ball here and there."