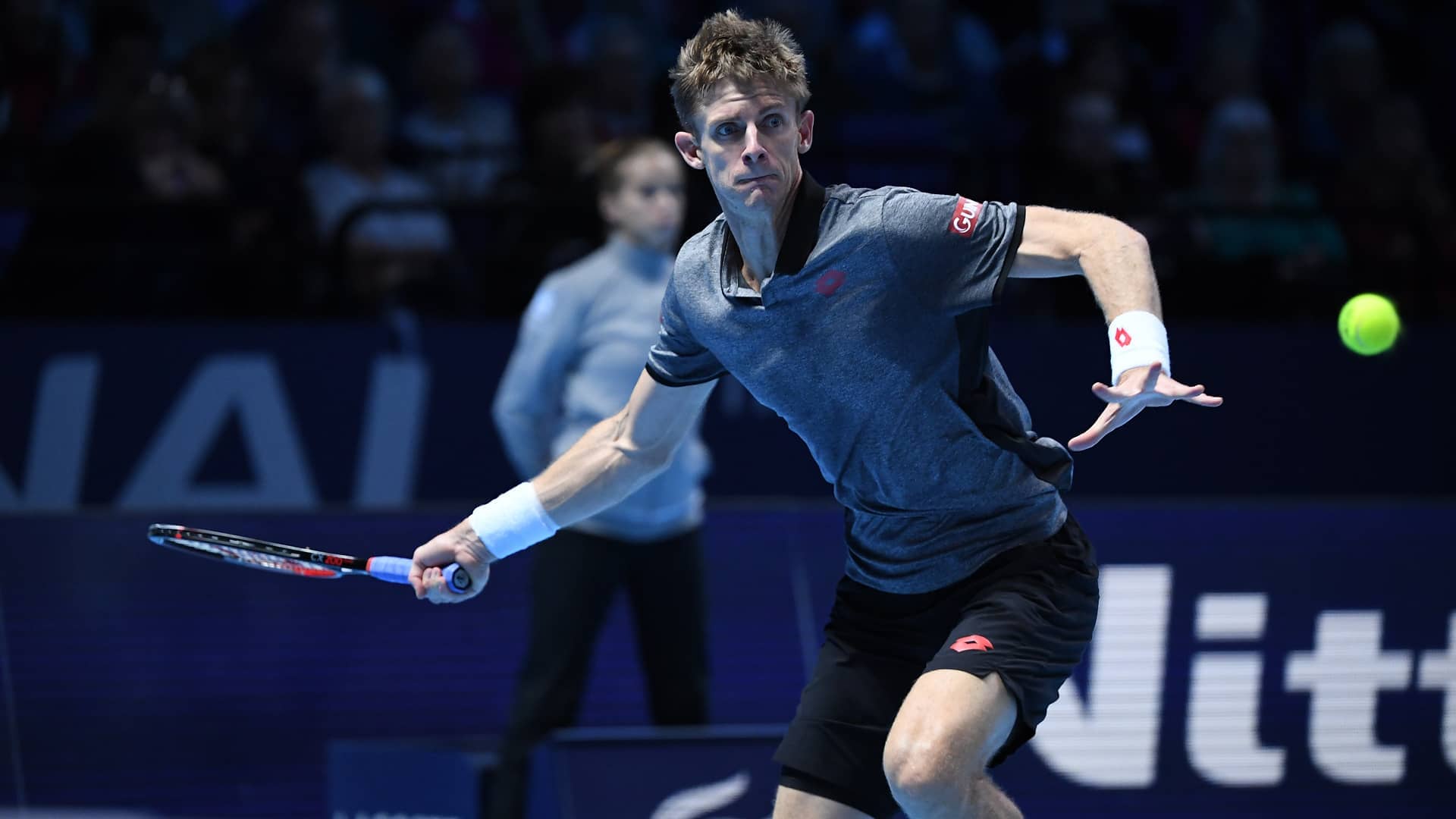 Kevin Anderson went 2-2 on his debut at the Nitto ATP Finals to close a career-best season in 2018. © Peter Staples/ATP World Tour

It wasn’t to be for Kevin Anderson on Saturday at the Nitto ATP Finals, but the South African is already looking to achieve new goals in 2019 after a career-best season.

“I would have loved to have done better the past two matches because I got off to such a good start,” said Anderson, who lost to World No. 1 and five-time former champion Novak Djokovic in the semi-finals at The O2 in London. “Right now, obviously it's very disappointing, upsetting not being able to play a little bit better today… But finishing the year at my career-best [ATP] ranking, there's been a lot of positives. As a team, we'll look for ways to improve because I still think there's room for improvement, there's still a lot of objectives that I've set for myself for next year.”

The Nitto ATP Finals capped a terrific year for the 32-year-old, which included a run to his second Grand Slam final at Wimbledon (l. to Djokovic) and also two ATP World Tour titles — the New York Open (d. Querrey) in February and his first 500-level crown last month at the Erste Bank Open 500 (d. Nishikori). Having spent one week among the Top 10 in October 2015, Anderson returned to the elite on 19 February this year.

“I'm definitely looking at putting myself in the mix [in 2019],” said Anderson, who rose to a career-high No. 5 in the ATP Rankings on 16 July. “Being in the Top 5 was a big goal of mine for a long time. Hopefully next year, at this time, I'll finish Top 3. I think that will be a great goal for me. In order to do that, you're going to have to have very good results at the [ATP World Tour] Masters 1000s and Grand Slams. Hopefully, I'll have a couple of titles, be in Masters 1000 finals [and] put myself in finals of Slams, and hopefully win one. That's the ultimate goal.

“I feel like I've put myself in a position where I'm a contender, a legitimate one. There's some things I need to do better at certain stages of tournaments, but that's what we'll be working at.”

Anderson finishes his 2018 campaign with a 48-19 match record on the season, which also included runs to two Masters 1000 semi-finals at the Mutua Madrid Open (l. to Thiem) and the Rogers Cup in Toronto (l. to Tsitsipas).

As one of the hardest working players on the ATP World Tour, Anderson was the first singles qualifier from South Africa to compete at the season finale since Wayne Ferreira in 1995. Reflecting on his debut at the season finale, the year-end World No. 6 admitted, “It's such a fantastic event, [I was] super excited the whole week. I played two great matches to start off with, two very tough matches for me the last two, obviously against two very experienced opponents… This is the week that we look forward to all year. You worked all year to get here.”