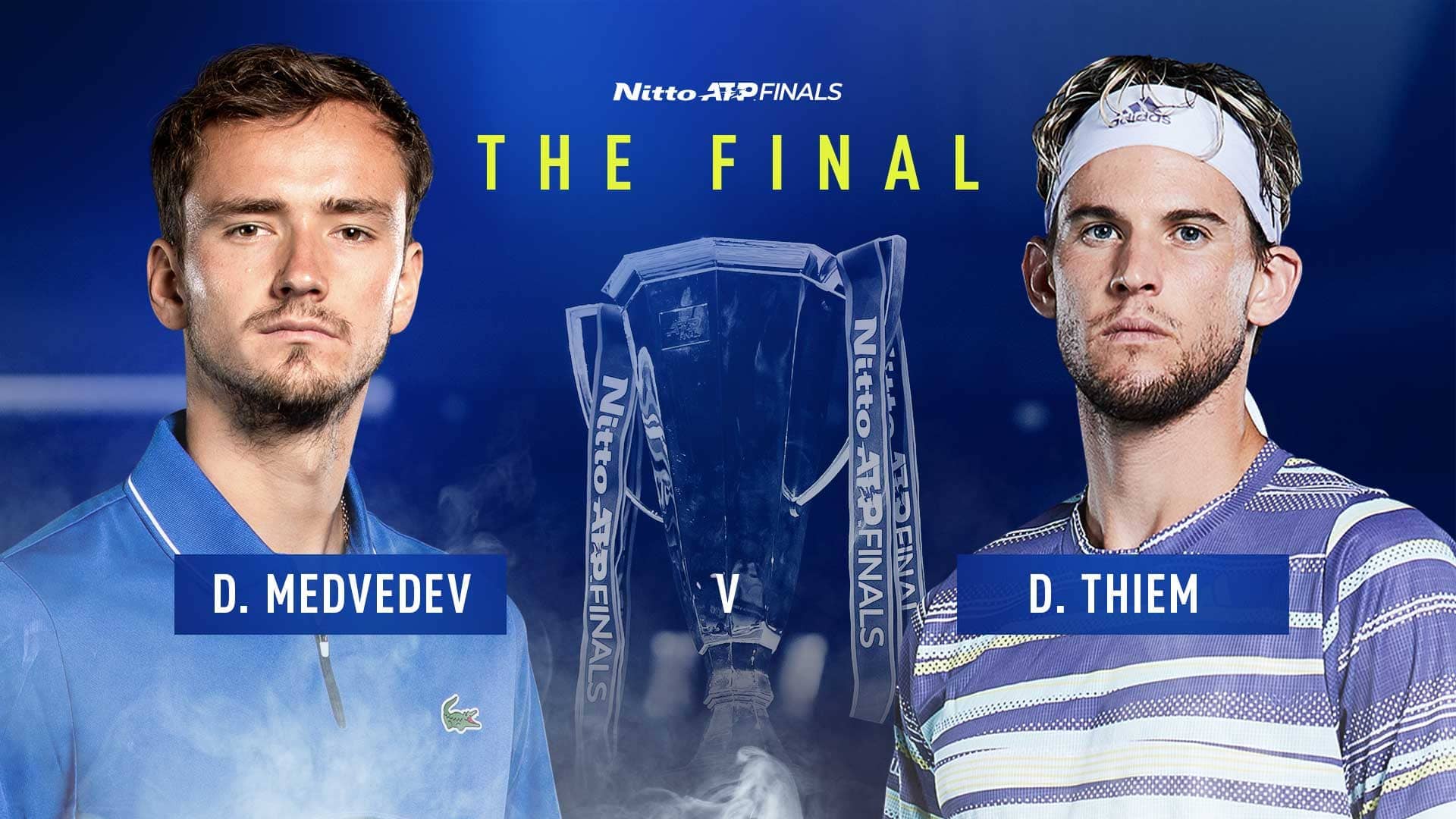 As much as he might like to, Novak Djokovic won’t carry the No. 1 FedEx ATP Ranking to his grave. He’s occupied the perch for a total of 295 weeks (and counting) and is just 15 weeks away from Roger Federer’s all-time record mark of 310 career weeks.

At times this season, he’s looked very much like an indestructible superhero. But as good as he’s been—41-4 coming into Saturday’s semi-finals— the cold reality is this: someone will overtake him sooner or later. On Saturday, as the world’s top four players convened at The O2, the question posed by The Who in 1971 was very much on the table once again: Who’s next?

No one can discount the possibility that that other pair of tennis superheroes you may have heard about, Señor Rafael Nadal and Herr Roger Federer, could reclaim their thrones. But another scenario is that one of Djokovic’s younger rivals will eventually supplant him. On Saturday, two of the likeliest suspects—Dominic Thiem, 27, and Daniil Medvedev, 24—had auditions to play the role of heir apparent.

While Sunday’s championship match at the Nitto ATP Finals is a massive deal in and of itself, it may also reveal who among this pair is most likely to threaten Djokovic’s hold on No. 1 in the future.

Thiem leads his ATP Head2Head series against Medvedev 3-1. The Russian’s sole win came on an outdoor hard court in Montreal last year, during his scorching hot summer when he made it to the final of six consecutive tournaments, winning three of them. This will be their first meeting indoors. Thiem took their last match in the semi-finals of this year’s US Open in straight sets, but the Russian served for the second and third sets before falling in close tie-breaks, 9/7 and 7/5.

Thiem said after that match that tie-breaks are “really mentally a tough thing.” “I don’t like them at all, to be honest,” he said.

Of course, he liked them a lot better when he won a dramatic fifth set tie-break over Alexander Zverev in the final two days later to capture his first major. That win, coupled with what’s he accomplished this week, will give him a huge head of steam as he seeks to capture his first Nitto ATP Finals title Sunday against Medvedev, who is riding his own wave into the match.

Look for Thiem to swing away, aiming for lines. He may also take a page out of Nadal’s playbook and try to draw the Russian into the net, where he’s less confident. Thiem, who stayed to watch the second semi-final, will enter the match with a 25-8 record on the season. He was 7-15 versus the Big Three prior to 2019, but is a spectacular 9-3 against them since. He has more wins (17) at the majors than any other player this year and has had a better season than any other player, with the possible exception of Djokovic, who has five titles to his two.

Medvedev, the name means “bear” in Russian, comes into the final carrying a 27-10 record on the season. Pretty heady stuff for a kid whose parents used to drive him 90 minutes each way to train in Moscow before they moved to France to advance his career at age 14. Expectations for him soared after he reached the final of six consecutive tournaments last season, winning three of them, but his fifth gear has eluded him at times this season. He’s a streaky player who’s currently on a roll, which means he’ll be a tough out Sunday.

Medvedev looks like a man of the future, but after his semi-final win over Nadal he allowed himself to wistfully look back to his first encounter with Thiem from their junior days. The Russian was just 14, the last to qualify for a tournament in Umag, Croatia, while Thiem was the reigning junior Roland Garros champion.

“He destroyed me 2 and 0, I think,” Medvedev recalled. “I think I maybe made a ‘tweener winner if I'm not mistaken. Actually (I) lost the memory of this match, and he (reminded) me (of it) in some interview one time about it… I had (a) crazy attitude on the court (then), like 10 times worse than right now. He told me after the match, ‘You're going to have a good future maybe, but you need to be a little bit more calm.’ Because I was going crazy.”

Calm or crazy, whomever prevails, it’ll be the sixth consecutive year with a different Nitto ATP Finals champion, which is hard to believe in a sport that’s been dominated by three men for so many years. Djokovic said after his loss that it was “too early” to say if Thiem posed a threat to his hold on No. 1. He won’t be here to revisit that opinion Sunday, nor would he want to. But one thing is certain: the man who holds the trophy Sunday will be the one who will bear the weight of great expectations, as tennis’ next chosen one, heading into 2021. Neither would want it any other way.