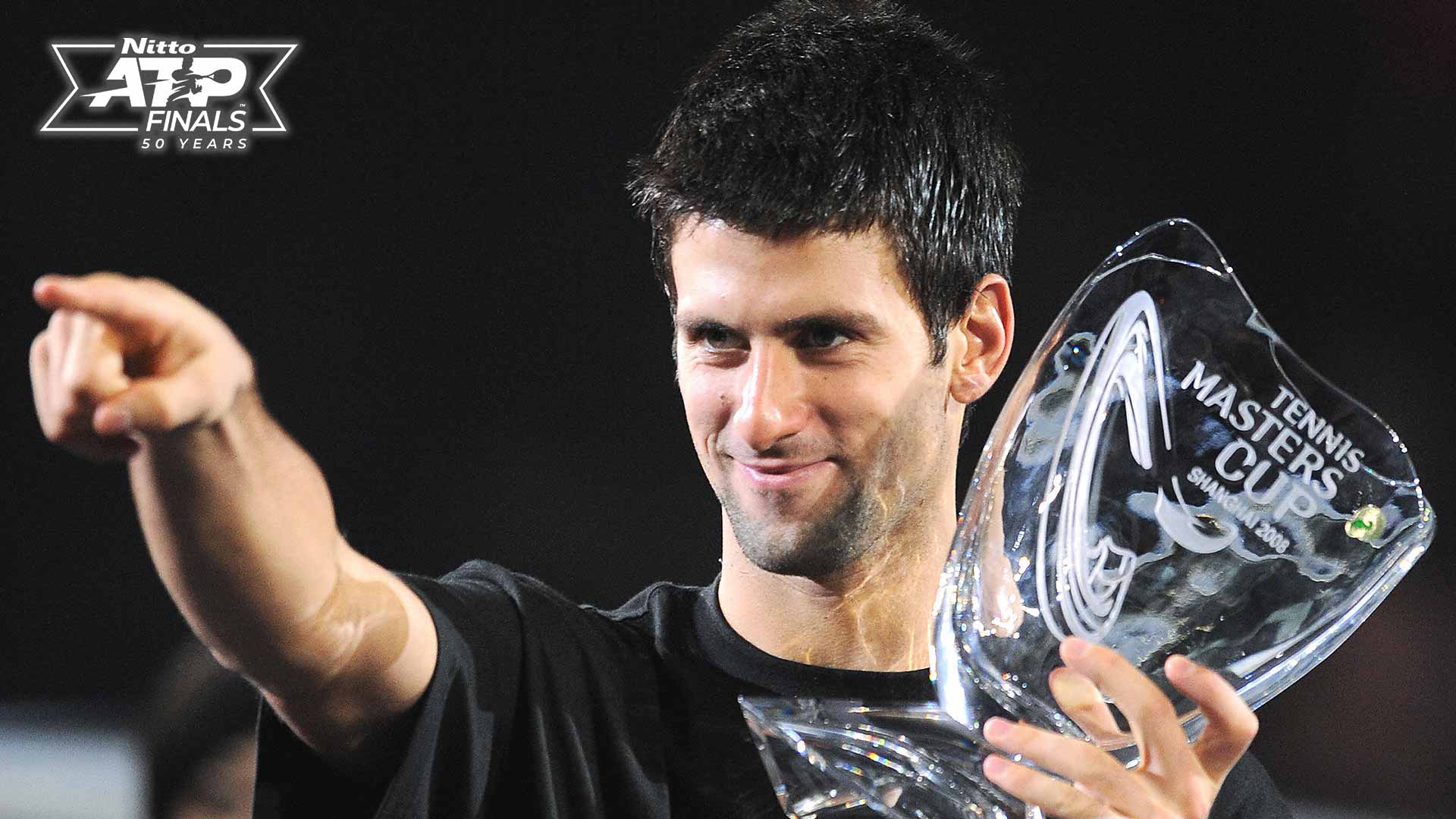 Reality checks for a young, highly touted prospect usually arrive with a thud, often when least expected and in stark contrast to any hyped early success beforehand. Two of Novak Djokovic’s most profound wake-up calls came with his debut appearance at the Tennis Masters Cup – an event he would eventually go on to dominate – in 2007.

It was in Shanghai where the baby-faced 20-year-old – already the World No. 3 – had qualified for the first time. Pitted against David Ferrer, Richard Gasquet and World No. 2 Rafael Nadal, Djokovic made an inauspicious start to an event he has since claimed five times, as he failed to win a set in the round-robin stage.

Oozing with personality and undeniably gifted on the court, Djokovic was building quite the following before he touched down in China. He was already deemed the man most likely to shake up Roger Federer’s and Nadal’s growing dominance, and with good reason: He had beaten the Top 3 in succession, including Andy Roddick, to claim the Rogers Cup in Montreal only months early.

If this was the era of Djokovic’s emergence, it was also his era of player impersonations – Nadal, Roddick and Maria Sharapova, to name a few. On the eve of his Tennis Masters Cup debut, however, Roddick handed him a reality check of a different kind.

Having completed his pre-tournament media commitments, Roddick made a point of stopping by Djokovic's table, where he was was answering questions from a handful of reporters. "Why don't you wait until you win something of signficance before you start poking fun at people who have," Roddick lectured. 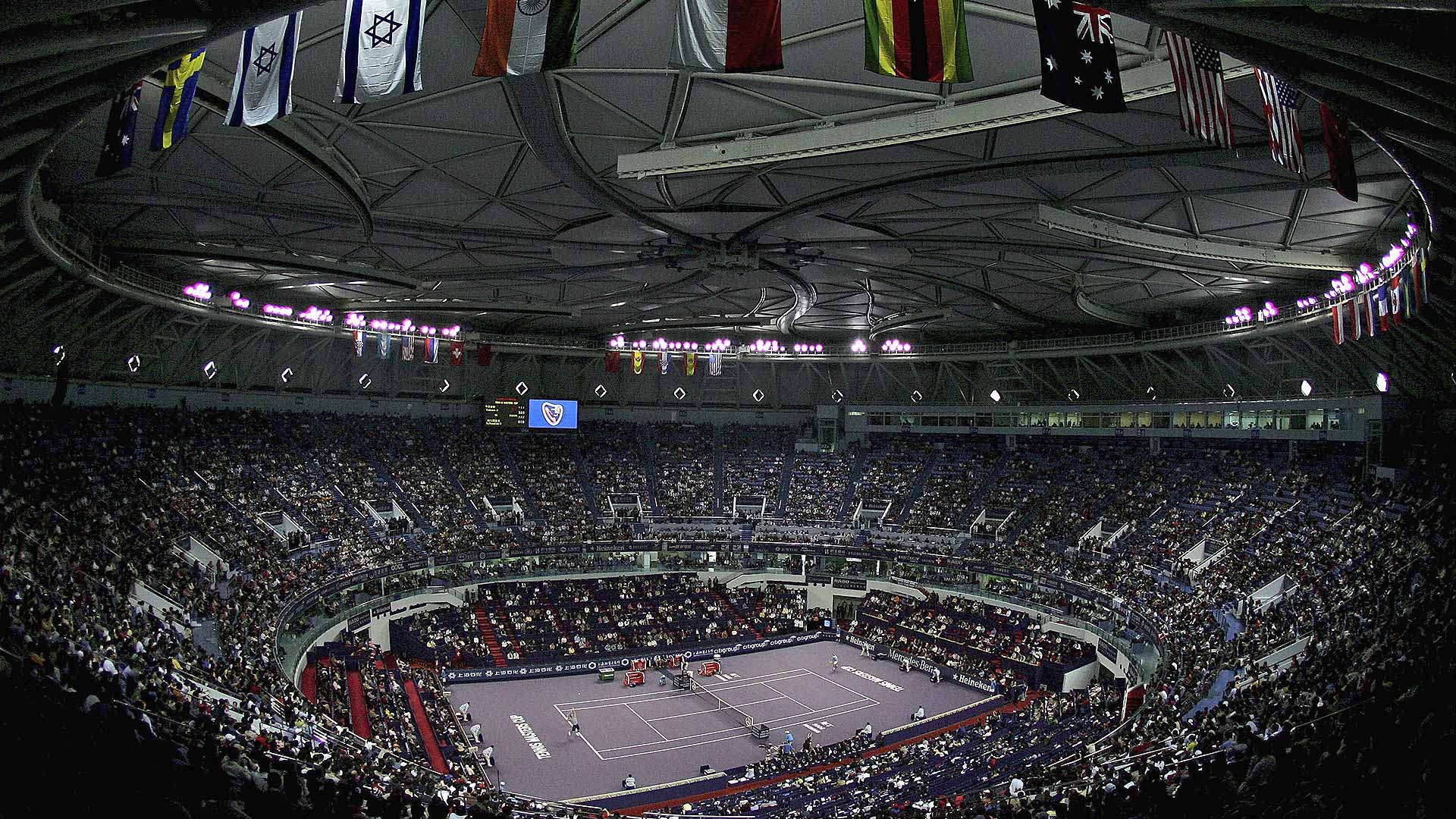 Two months later the Serb made good on Roddick’s advice as he won his maiden Grand Slam title at the Australian Open. The impersonations dried up and Djokovic continued to deliver as he capped a stellar 2008 with victory in just his second Tennis Masters Cup appearance.

“[It’s] right up there next to Slams. Obviously, the [Nitto ATP] Finals is probably the biggest event that we have in our sport,” Djokovic told Tim Henman in an interview for ATPTour.com. “It’s probably the ultimate challenge in a season: facing the Top 8 guys of the year in a group-stage format…

“Back in 2008 was my first win in Shanghai. That was the last year the World Tour Finals was held there and that was very special, obviously. That skyrocketed my confidence and allowed me to believe that I belong at the top of the men’s game with all these guys.”

After 12 showings at the event now known as the Nitto ATP Finals, the Serb has landed the trophy five times against his best seven peers of the season and it was his 2012 title run, which stood out in a recent interview with Henman and fellow five-time winner, Pete Sampras. Not only did he defeat his great rival, Federer, in the final that year, but the nature in which he did so etched a significant mark in his memory.

“I think winning against Roger in two very close sets. I remember winning the match… with a backhand down the line passing shot on match point,” Djokovic said of the 7-6(6), 7-5 result. “That was definitely one of the best shots under such occasion for me to hit, so that’s probably the one I’ll remember the most.

“And I won against Rafa as well in 2013, and I played a great match. I had some really great success in that tournament and I was fortunate to experience great tennis there.”

When Henman reminded the World No.1 he had again beaten Federer in straight sets for the 2015 trophy for the loss of just seven games, Djokovic was unswayed. Nikolay Davydenko in 2008, Federer – in 2012, 2015 and in 2014 via a walkover – and Nadal in 2013 had all tried and failed to beat him in the Nitto ATP Finals title match. Only Andy Murray in 2016 and Alexander Zverev two years ago managed to beat him for the trophy.

“Yeah I mean… I’ve been fortunate to win all of my finals in straight sets, so I’m trying to pick one,” he said. “But I guess the one against Roger in 2012 stands out.”

In a measure of his consistency in the final event of the season each year, 2019 marked only the fourth time in his career Djokovic failed to progress beyond the round-robin stage, following defeats to Federer and Dominic Thiem. Not since his dominant 2011 season had he missed out on the knockout stages.

Boasting a 36-14 record at the Nitto ATP Finals, of the eight times Djokovic has qualified for the semi-finals, only once – a 2010 defeat to Federer – has he failed to reach the final. This month he will attempt to tie the Swiss star’s all-time mark with a sixth title in the last Nitto ATP Finals to be staged at London’s O2 arena. That would nicely complement his feat earlier in the month of tying Pete Sampras' record six year-end No. 1 finishes in the FedEx ATP Rankings.

Success, it seems, has been achieved.

Nitto ATP Finals 50th Anniversary Content
At Madison Square Garden, 'Ivan Was The Truth'
Two Years To Rule Them All: Hewitt Soars In Sydney And Shanghai