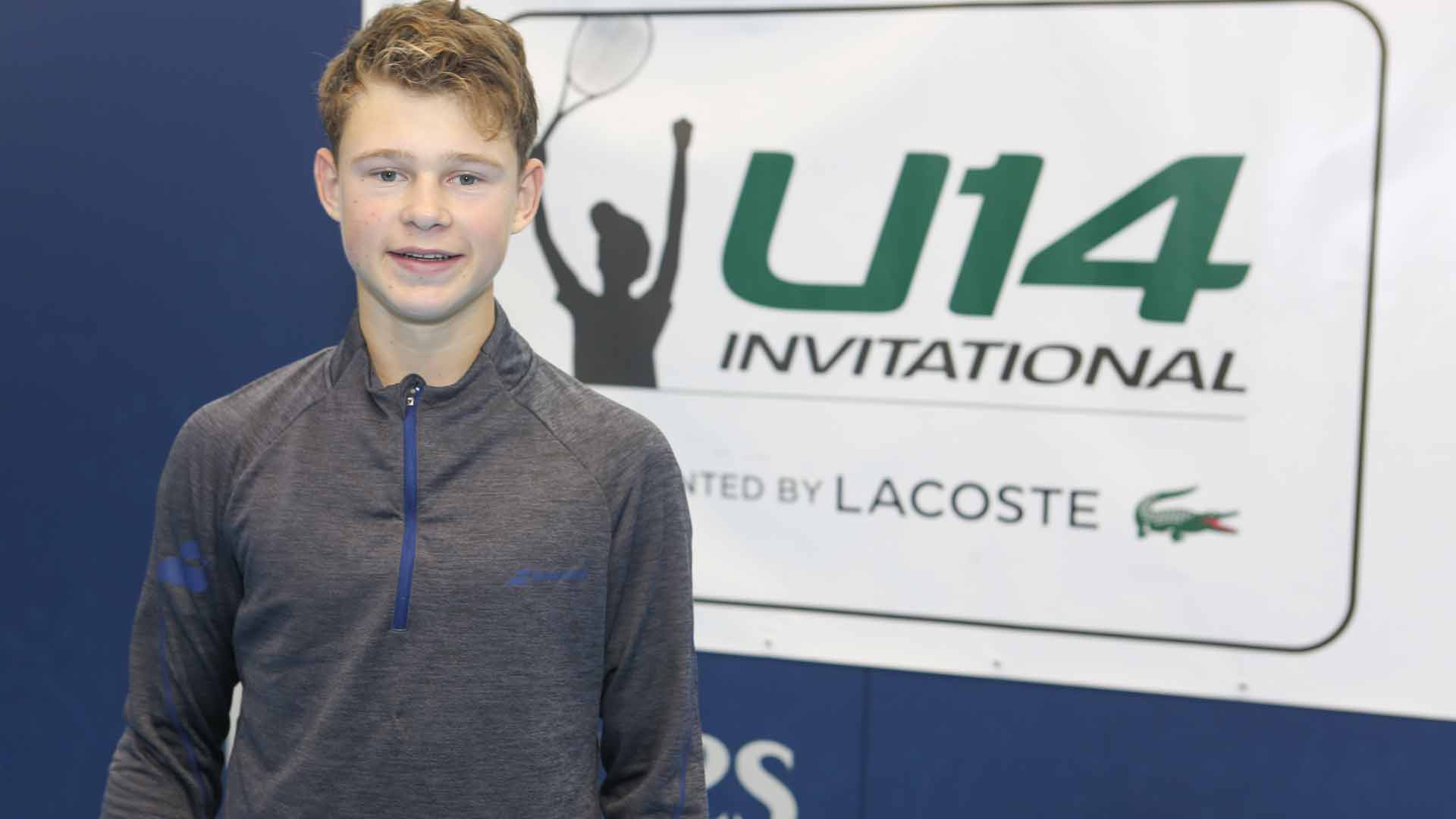 Petr Vojtech prevails at the Under 14 Invitational Presented by Lacoste, held during the Nitto ATP Finals. © ATP Tour

The elite stars of the ATP Tour were all on deck this week for the Nitto ATP Finals, but the future of the sport was also on display at The O2 in London.

The Under-14 Invitational presented by Lacoste concluded on Sunday with Petr Vojtech prevailing in the six-player, round-robin field. The 14-year-old Czech advanced out of Group A and then took the title with a 6-4, 7-5 win over Belgian Alexander Blockx.

“It’s a big experience. I’m so happy to have won,” Vojtech said. “To be here [at the Nitto ATP Finals] is amazing. I’m so happy I could see it.”

Vojtech was especially thrilled to see his favourite player, Novak Djokovic, who he admires for his on-court speed. He’s hopeful that competing alongside the world’s best will provide a boost as he continues working towards his lofty ambitions.

“My dream is to win a Grand Slam,” Vojtech said. “I really want to do this.”