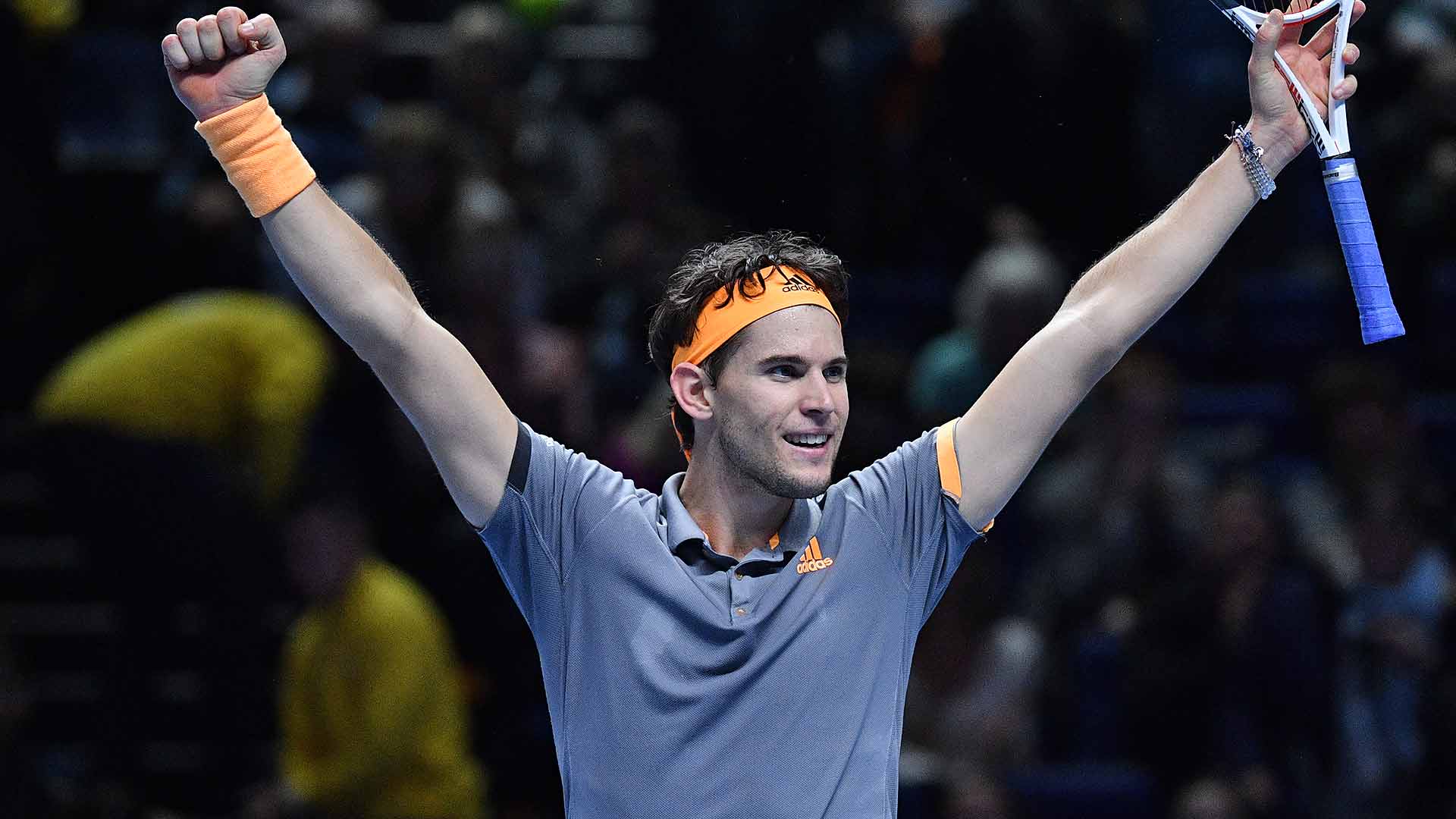 Dominic Thiem and Stefanos Tsitsipas, who will play on Sunday for the Nitto ATP Finals title, have already competed six times in their FedEx ATP Head2Head series (Thiem leads 4-2) and been Laver Cup teammates for Team Europe.

But their relationship began in 2016 in a much more nondescript place – a practice court at The O2. Thiem was making his debut at the Nitto ATP Finals, and Tsitsipas was a baby-faced practice partner, wide-eyed and in awe of the top players on the ATP Tour.

If Tsitsipas thought then, at the age of 18, that he'd be playing in the season finale title match only three years later, that would make him the only 2019 finalist who had such confidence.

“It's amazing story for both of us, because probably both of us, we didn't think that only three years later we were going to face each other in the final,” Thiem said.

"A little bit more and I'll end up playing with all the players from the ATP World Tour Finals."

This was @StefTsitsipas in 2016 as a hitting partner for @ThiemDomi.

Tomorrow, the two will face off in this year's final ?

“He really deserves it. He's a good person. He's a very good player with a very attractive style to watch, so it's good to have him,” Thiem said of Tsitsipas. “We have a great time outside the court. But once we take the step on the court, it's a battle and we forget for two, three hours, our friendships.”

The 26-year-old paid attention to Tsitsipas' level during their practice and was even more impressed last year when they played on the ATP Tour for the first time.

“There I saw and I also felt his amazing potential. Then at the end of the year [2018], already he was No. 14 or 15, and then everybody could see where his direction goes, only up, only in absolute world class,” Thiem said.

Winning the Nitto ATP Finals title would be the biggest title for either player, and it also would mark a drastic improvement from where each of them finished the season 12 months ago.

Thiem finished 1-2 in group play and did not advance to the semi-finals at the season finale for the third consecutive year. Tsitsipas won the 2018 Next Gen ATP Finals in Milan (d. De Minaur).

In fact, before this season, Thiem had won 11 titles but only two on hard court. This year, however, Thiem has won five titles, including three on hard court, and he could add his biggest yet on Sunday.

“I really hope that I can continue my great level of tennis in 2020, and now I have the feeling that my game is really moving in the right direction.”