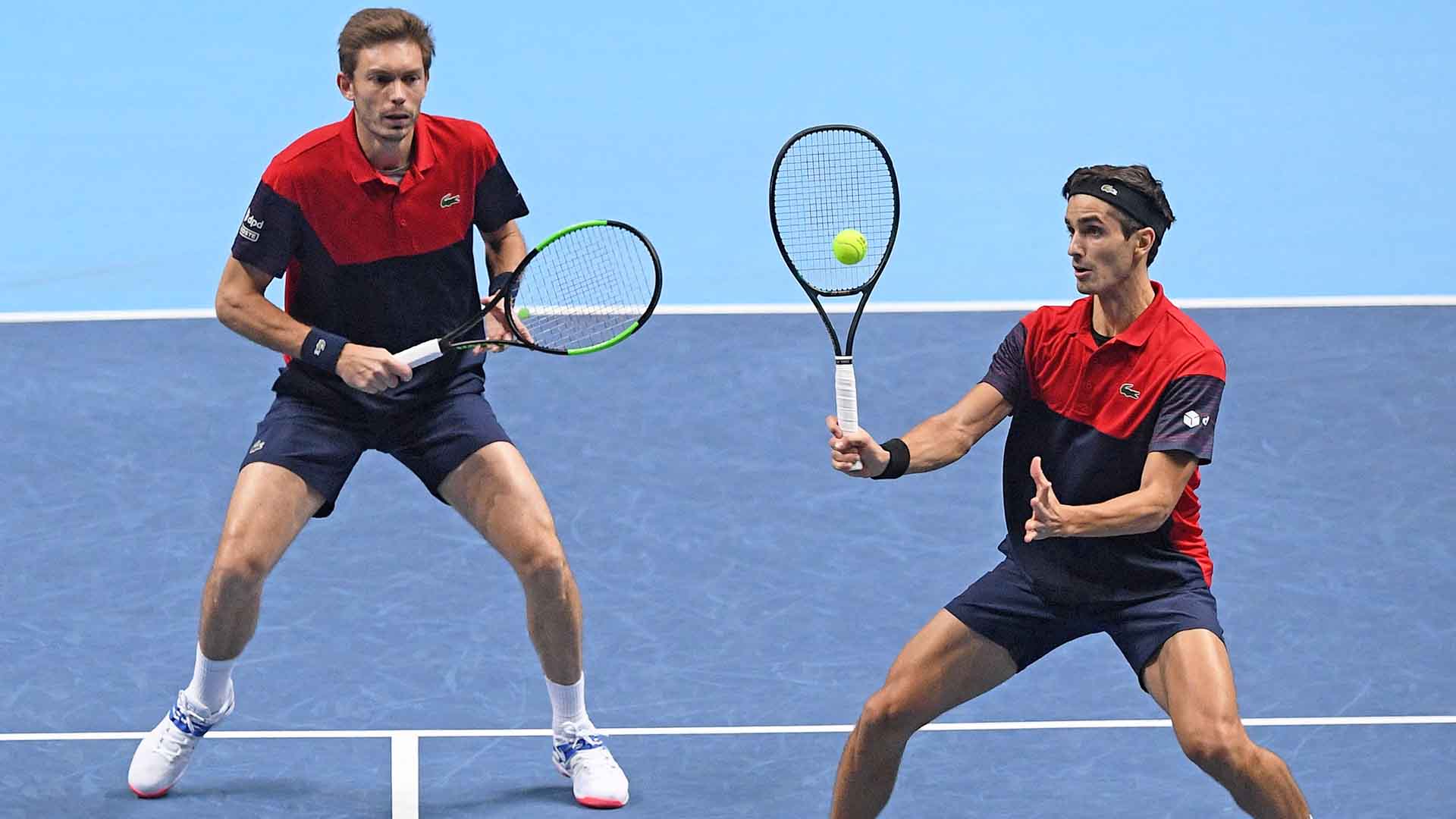 Nicolas Mahut and Pierre-Hugues Herbert are aiming to become the first French team since 2005 to lift the Nitto ATP Finals trophy. © AFP/Getty Images

The career Grand Slam winners extended their winning streak to eight matches after one hour and 34 minutes, breaking serve on four occasions to advance to their third team final of the year (2-0). Since arriving at the Rolex Paris Masters last month, Herbert and Mahut have won all 16 sets they have contested.

“We feel great on the court. We are so happy to play together,” said Herbert. “It has been a tough year and to be able to enjoy time on the court with Nico at the end of the year is just fantastic. Being able to win and being in the final again after last year is like a second chance. We will try to get it.”

Herbert and Mahut will be hoping to go one better than last year in Sunday’s championship match. In 2018, the Frenchmen failed to convert one championship point en route to a 5-7, 6-1, 13-11 defeat against Mike Bryan and Jack Sock. Herbert and Mahut are aiming to become the first French team to win the season-ending event since Michael Llodra and Fabrice Santoro’s 2005 triumph in Shanghai.

“It has been five years that we have played together and we have had some ups and downs, but hopefully tomorrow will be a great up,” said Mahut. “We are going to enjoy the moment.

“The final is always the most difficult match to win. We have some time to rest tonight and we will give our 100 per cent tomorrow to win.”

Kubot and Melo end their 2019 season with a 46-22 team record. The Polish-Brazilian pairing reached six finals this year, capturing the Winston-Salem Open trophy in August.